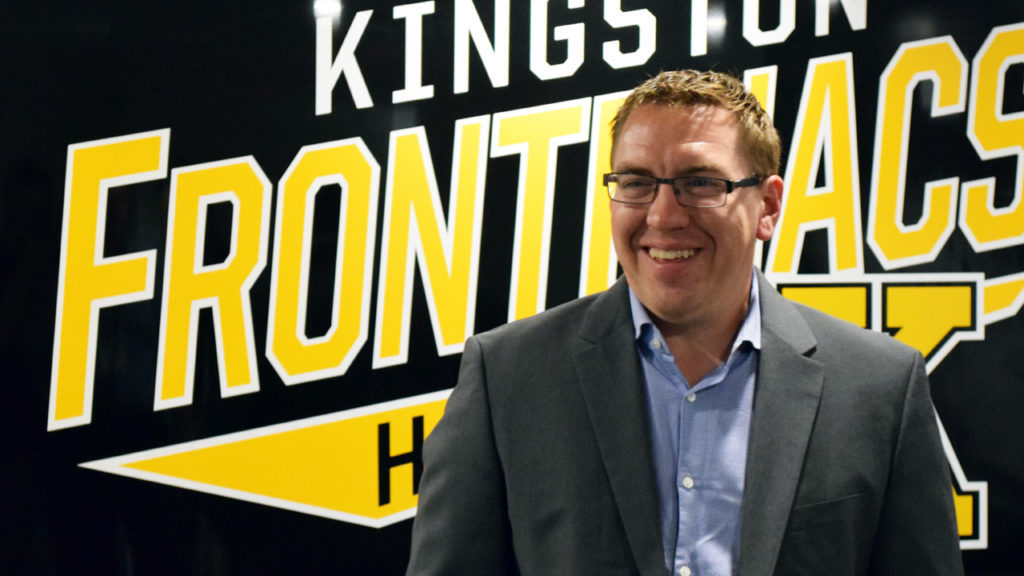 Kingston—The Kingston Frontenacs announced Jay Varady as the team’s new Head Coach. Varady comes to the Frontenacs with a coaching resume that includes four seasons as Head Coach of the Sioux City Musketeers of the USHL, a few seasons coaching in Europe, eight seasons as an assistant coach in the WHL, and head coaching experience in USA Hockey’s junior program.

“After an extensive search and interview process that included numerous candidates, it was clear there was one candidate we were more interested in than the rest,” said Doug Gilmour, President of Hockey Operations with the Kingston Frontenacs. “Jay’s coaching experience at the junior and international level, along with all the intangibles he brings, make him a great choice.”

As Head Coach of the Sioux City Musketeers of the USHL, Varady led the team to two consecutive conference finals, including a conference championship, as well as achieving the 2017 Anderson Cup (most points in the regular season). Prior to the USHL Varady was Head Coach of the Ducs d’Angers, a team competing in France’s top-tier Ligue Magnus. He was a member of the coaching staff of the Everett Silvertips of the WHL for eight seasons, as Associate Head Coach and Assistant Coach, from 2003 through 2011.

“The example and hard work Jay shows is what we expect from our team,” said Gilmour. “He’s a great addition to our organization and we welcome him and his family to Kingston.”