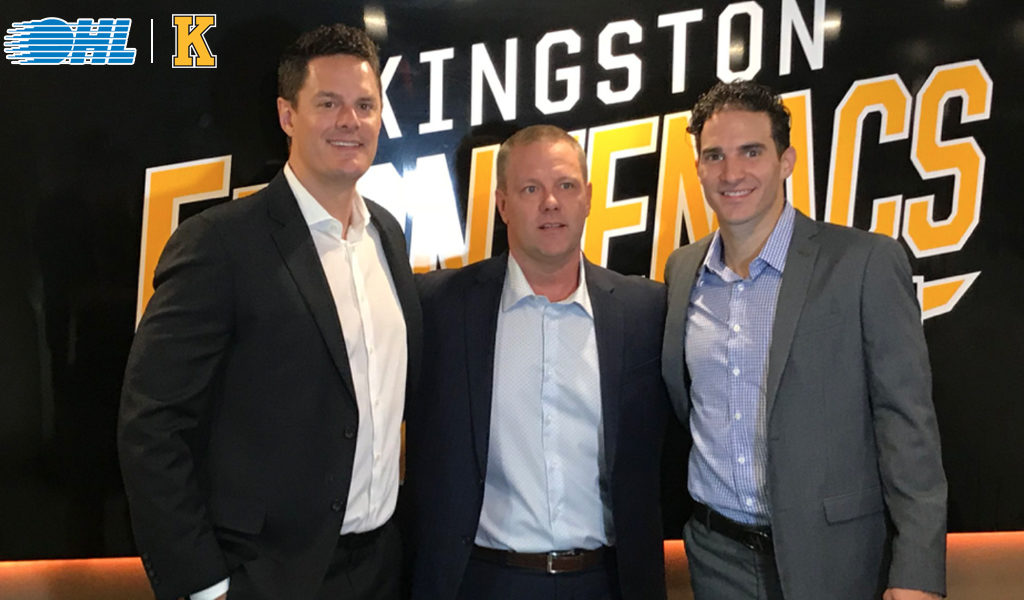 “Over the past year as an Assistant Coach with our team, we’ve really gotten to know Kurtis,” said Darren Keily, General Manager of the Kingston Frontenacs. “With his passion and knowledge, we have all the confidence in Kurtis as our Head Coach.”

Foster played his entire OHL career with the Peterborough Petes, from 1997 to 2001. He was drafted in the 2nd round, 40th overall, to the Calgary Flames at the 2000 NHL Entry Draft and played 15 seasons of pro hockey, with teams including the Atlanta Thrashers, Minnesota Wild, Tampa Bay Lightning, Edmonton Oilers, Anaheim Ducks, New Jersey Devils, and Philadelphia Flyers.

Caputi played his entire OHL career with the IceDogs franchise, from 2004 to 2008. He was drafted in the 4th round, 111th overall, by the Pittsburgh Penguins at the 2007 NHL Entry Draft and played 8 seasons of pro hockey, with teams including the Wilkes-Barre/Scranton Penguins, Pittsburgh Penguins, Toronto Maple Leafs, Toronto Marlies, Syracuse Crunch and the Norfolk Admirals.

“We got to know Luca during his three seasons assisting in Guelph,” said Keily. “With his addition, we feel confident with our young, knowledgeable, coaching staff.”