Frontenacs’ Propp commits to Laurier for 2020-21 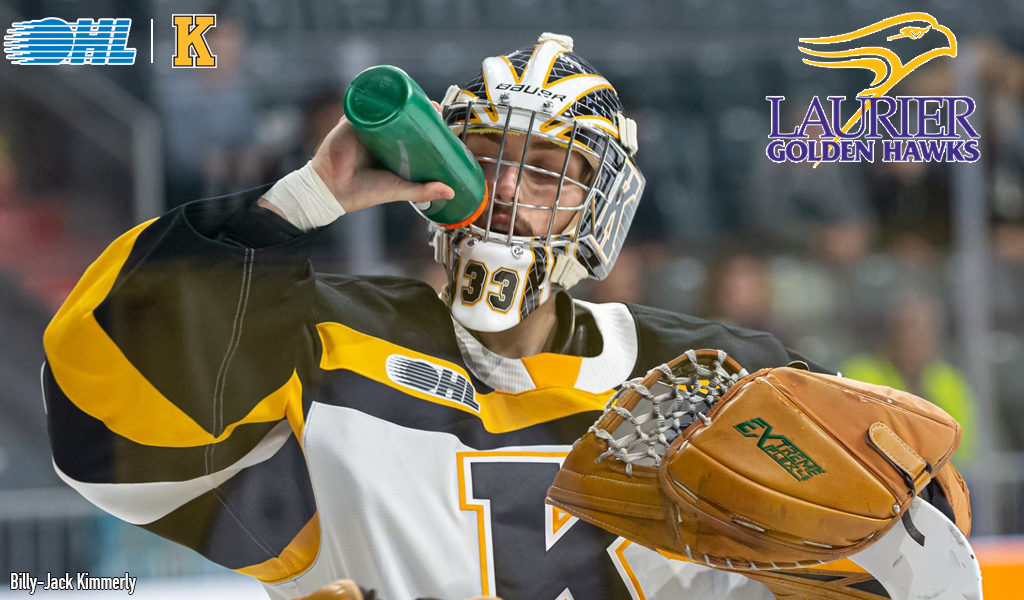 A fifth round pick of the Barrie Colts in the 2015 OHL Priority Selection, Propp suited up for 162 OHL appearances split between the Colts, North Bay Battalion, Soo Greyhounds and the Frontenacs over which he posted an overall .888 save percentage and 3.68 goals-against average. The 21-year-old native of Milton, Ont. finished out his overage year minding nets in Kingston and held a .874 save percentage as well as a 4.57 goals-against average over 28 games.

Propp, along with 10 other recruits, was touted by Laurier head coach Puhalski as a “character student-athlete that will promote the values of [the] Hawk family” and an individual that “will be a large part of our program for years to come.”