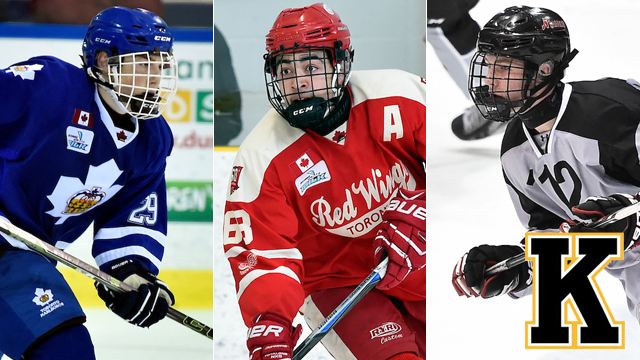 Kingston, ON – The Kingston Frontenacs 2016-17 Training Camp ended with the signing of defensemen Emmett Gordon and Liam Kendall, and forwards Justin Pringle and Paul Larabie.  All four players have entered into Standard Player Agreements with the club.

Gordon, a 6’0”, 180 lbs defenseman born in Toronto, played for the Toronto Red Wings this past season, recording six goals, 18 assists and 24 points over 57 contests. The fifth round (90th overall) pick in the 2016 OHL Priority Selection will be assigned to the Kingston Voyageurs Jr. A of the OJHL for the 2016-17 season.

Larabie, a 6’0”, 185 lbs forward born in Nepean, played for the Nepean Raiders Midget AAA last season and received HEO Minor Midget Player of the Year honours after recording 15 goals, 19 assists and 34 points over 45 games. The seventh round (139th overall) pick in the 2016 OHL Priority Selection will be assigned to the Nepean Raiders Jr. A of the CJHL for the 2016-17 season.

Pringle, a 5’11”, 189 lbs forward from Toronto, played with the Toronto Marlboros this past season, compiling 25 goals, 28 assists and 53 points over 54 games. The ninth round (179th overall) pick in the 2016 OHL Priority Selection will remain with the Kingston Frontenacs for the 2016-17 season.

Liam Kendall, a 6’2”, 210 lbs defenceman from Erin, Ontario who played for the Guelph Hurricanes Jr. B and Erin Shamrocks last season will also remain with the Frontenacs. Kendall was a 12th round (226th overall) pick in 2014. 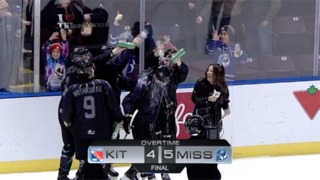 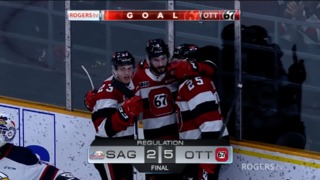 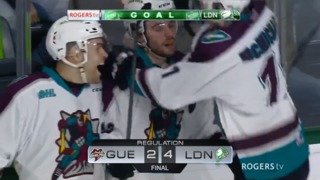 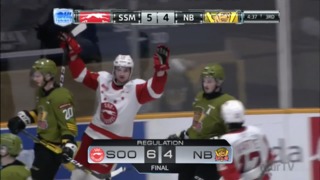 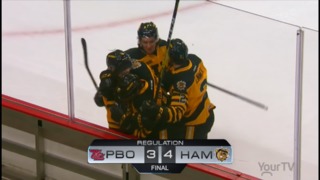 0:43
#BestOfOHL oshawa generals
POTN - Tomasino to Tullio with the Backhand Sauce
18 hours ago