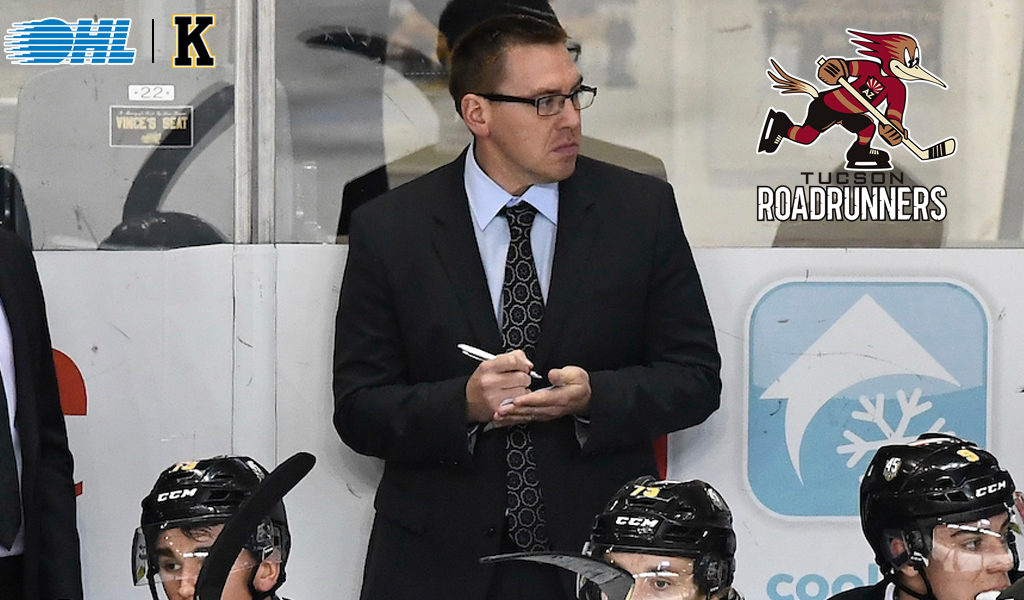 GLENDALE, ARIZONA – Arizona Coyotes Assistant General Manager Steve Sullivan announced today that Jay Varady has signed a multi-year contract to serve as the Tucson Roadrunners’ new head coach. As per club policy, terms of the contract were not disclosed.

Varady joins the Coyotes from the Kingston Frontenacs of the Ontario Hockey League (OHL) where he led Kingston to a record of 36-23-6-3 in his first season as the team’s head coach. He also guided the Frontenacs to a 9-7 playoff record, losing to the Hamilton Bulldogs in the OHL’s Eastern Conference championship.

“After an extensive search, we are very pleased to select Jay as our new head coach of the Roadrunners,” said Sullivan. “Jay is an excellent coach, teacher and a proven winner. We are confident that he is the right coach to continue forming the culture that we are creating with the team. He will be a great leader and will continue to develop our prospects in Tucson.”

“It’s an honor to be named head coach of the Tucson Roadrunners,” said Varady. “I’m looking forward to developing the Coyotes prospects while building on the team foundation that was established in Tucson last season.”

Prior to joining Kingston, Varady served four seasons as the head coach of the Sioux City Musketeers of the USHL, posting an impressive 136-88-0-16 record. Varady led his club to the postseason in three of the four years.

Before joining Sioux City, Varady coached two seasons (2011-2013) with Ducs d’Angers in France. He joined Angers after seven years with the Everett Silvertips of the Western Hockey League where he was an associate coach for three seasons (2007-2010) and an assistant coach for four seasons (2003-2007).