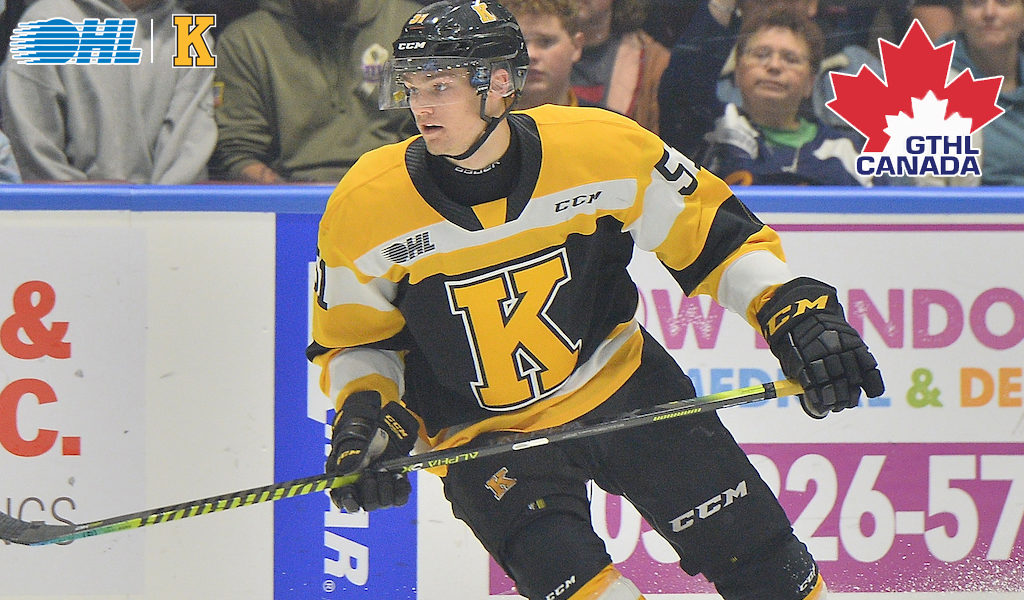 Between his past milestones and his bright future, there’s always lots to talk about when it comes to Shane Wright.

From his admiration for Sidney Crosby and Patrice Bergeron to the story behind his recognizable #51, fans were treated to fun facts surrounding the GTHL graduate as well as some insight into how the star centreman has been keeping busy during the past few months.

Like all of us, Wright has had to adapt to the new reality brought forth by the ongoing COVID-19 pandemic and, in doing so, has had to find ways to keep his ongoing training and workout regiments exciting.

“I’ve started playing more golf lately, I picked up a lot last summer with a couple buddies, Brennan Othmann and Roman Schmidt and from the Don Mills team. It’s definitely something I really enjoy and something I’m going to be doing a lot in the future.”

Speaking of that Don Mills team, it’s been a little over two years since Wright hoisted the OHL Cup with his Flyers teammates following his incredible 150-point season. Having left his mark in GTHL history with the club’s first ever OHL Cup title, Wright shared some of his fond memories of that successful group.

“We had such a good team and a good group of guys. Anyone could’ve stepped up and been a leader,” he spoke of his teammates. “It didn’t matter if you had a “C” or an “A” or where you played in the lineup, I think any guy could step up, encourage and get the guys going. That was our key to success, the character guys we had in the room. We all there for each other and would do whatever it takes to win for one another.”

The Flyers memorably overcame a 4-1 deficit to defeat the Toronto Red Wings 6-5 in overtime and capture the title.

“In the second intermission we were kind of stunned,” he remembered. “We were sitting in the dressing room thinking ‘is this really happening? Are we losing this game now?’ So, definitely stunned and shocked a little bit but overall in the room, we had belief we were good enough to come back and win that game.”

Drafted first overall to the Frontenacs at 15-years-old, Wright headed 14 members of that phenomenal 2018-19 Flyers team who went on to be chosen in the 2019 OHL Priority Selection. In talks of being granted exceptional status from Hockey Canada during that final year of minor midget, he was able to use the possibility of it happening as motivation, he recalled.

Upon becoming the fifth OHL player to be granted exception status, all eyes were on the up-and-coming Kingston rookie. While it didn’t take long for the phenom to feel right at home, he recalled well the inevitable transition period that came with the jump to junior.

“It was a huge adjustment seeing those 21-year-olds that are going to the bars and stuff. It was a different pace of play and obviously guys were a lot bigger and stronger, so that was another big adjustment,” he recalled. “But it didn’t take that long, I felt I got accustomed to it really quickly and adjusted pretty fast. My coaches and teammates did a really good job helping me through that.”

Midway through his rookie season, he was granted an “A” on his jersey as the youngest CHL player ever named to a leadership group; a stature that didn’t necessarily come as a surprise to the proven leader.

“It felt amazing and was a huge honour for me, but I don’t know if it caught me off guard because I’m used to being in those leadership roles, I’m used to having my voice heard and being an active leader and leading by my play and work ethic,” he continued. “It didn’t really bother me whether I had a A or not. I think whether or not you have a letter, you can be a leader and show those leadership qualities. That’s how I was thinking of it.”

Wright of course finished out the season with 66 points in 58 games as CHL Rookie of the Year, matching what fellow former exceptional skater Connor McDavid was able to produce as a rookie in 63 games. His head-turning debut earned him an invitation to Team Canada’s National Junior Team Development Camp, an opportunity that allowed him some insight into what it’s like to play among Canada’s best.

“That was an incredible experience for me. Just the talent there, the incredible level of play and speed…it was really eye-opening for me to say what it takes to play at the next level. Obviously all those guys at that camp are either in the NHL or AHL right now. It was really good for me to play against that calibre and just test myself and see where I matchup against the best of the best,” he told Kourtis.

While he was no stranger to the skills of the OHL’s elite in Quinton Byfield, Connor McMichael and Jamie Drysdale, to name a few, an up-close look at the way the country’s top players see and think the game was invaluable.

“The best players are the smartest players,” he continued. “I think the way all those guys think the game, the way they all make decisions and make plays, that’s what sets them apart from everyone else. That’s why guys like Drysdale are having success at the pro levels, they’re such intelligent players, they think the game at such a high level, and they’re fun to watch, too.”

While he was among the roster cuts ahead of the tournament last winter, it’s experience he’ll take with him as he prepares to impress on the international stage as a member of Canada’s National Under-18 Group in Texas later this month. In preparation for the tournament as well as the 2020-21 OHL season, the now 17-year-old Burlington native also shared another tip that’s helped him remain hockey-ready.

“I watch a lot of NHL games live and I see guys make plays and I think to myself ‘what could I have done there or what different play could I have made in that situation?’ I just go through those in my mind and over time, it builds that sense of ‘I need to make these decisions quickly in advance.’”

Looking forward to hitting the ice again with his teammates, Wright reiterated how much fun he had with last year’s group.

And in doing so, he couldn’t help but give a shout-out to his fellow GTHL graduates that include Francesco Arcuri, Lucas Rowe and Zayde Wisdom, to name a few.

“There was a little rivalry,” he admitted. “[Lucas Rowe] and a couple other guys won the OHL Cup as well, so me, Francesco and some of those guys were making fun of the guys who lost and chirping them a little bit for that.”