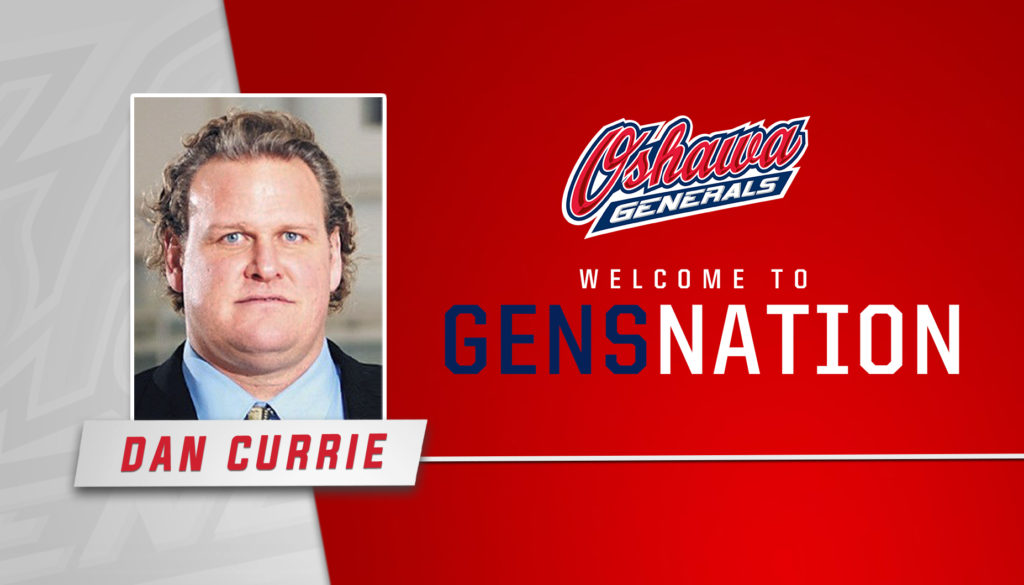 OSHAWA, ON – The Oshawa Generals announce today they have named Dan Currie as the new Director of Scouting/Player Development with the hockey club.

“It’s great to have a guy like Dan join forces with us. He’ll be a tremendous asset to our scouting staff,” said Vice President and General Manager, Roger Hunt, on the new hire. He’s been around the game his whole life; he’s an OHL alumnus himself and has first hand experience of what it’s like to win a Memorial Cup. “We couldn’t be happier to have a guy like Dan joining our staff.”

“We feel he is a good asset to have. He comes from a coaching background, which helps his ability to assess players. He’s been very productive with Windsor, winning a Memorial Cup with them in 2017 and helping cultivate that team. He’s a good quality guy who’s been around the game a long time,’ said Director of Hockey Operations, Mike Kelly, on the addition of Currie to his staff.

Currie, a former pro hockey player, is joining the Generals from the Windsor Spitfires. He helped the Spitfires in their Memorial Cup title in 2017, where he was a scout for the past 7 years. Immediately following his pro career, he was a coach in Tier 2 before directing his attention to scouting.

“I’m really excited to be joining a great organization like the Generals,” said Currie on his new role. “I’m really looking forward to working with Rocco, Roger, Mike and the rest of the scouts. I’m just ecstatic—really happy to be joining this club.”