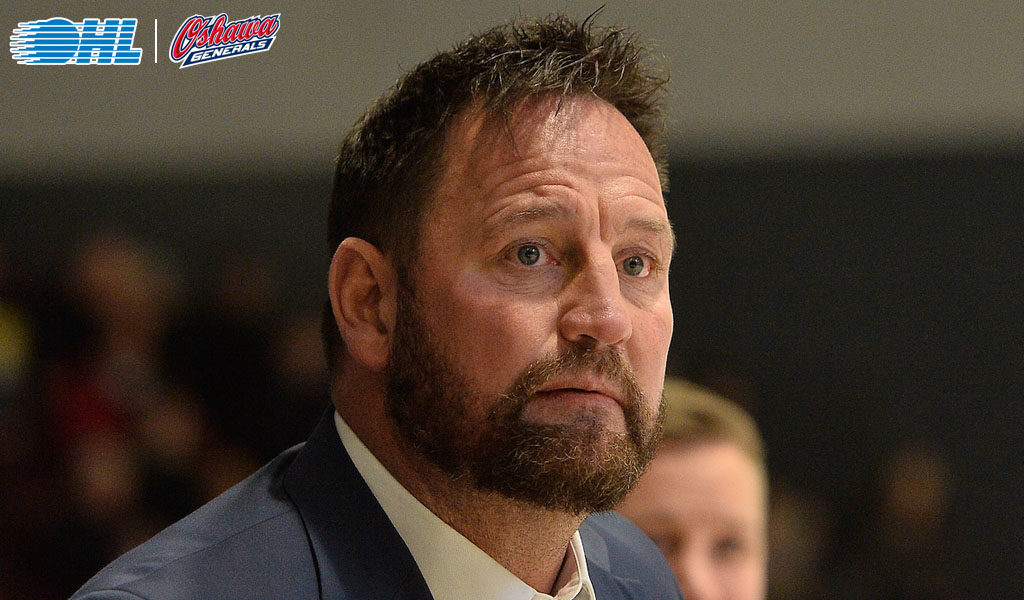 Oshawa, Ont.- The Oshawa Generals have announced that the club and Head Coach Greg Walters have parted ways.

Walters was named head coach of the Generals in June of 2018 following an impressive eight-season run with the Ontario Junior Hockey League’s Georgetown Raiders. The former Ontario Junior Hockey League and Canadian Junior Hockey League coach of the year brought his winning ways to the Ontario Hockey League, leading the Generals to back-to-back third place finishes in the Eastern Conference. The former Ottawa 67’s forward was a fourth round pick of the Toronto Maple Leafs in the 1990 NHL Entry Draft and, following a lengthy pro career that included stops in the AHL and in other various North American leagues, was named an assistant coach with the Sarnia Sting before joining the Raiders eight years later.

The Oshawa Generals want to extend their sincere gratitude to Greg for his dedication and commitment to their organization and wish him well in the next steps of his coaching career.