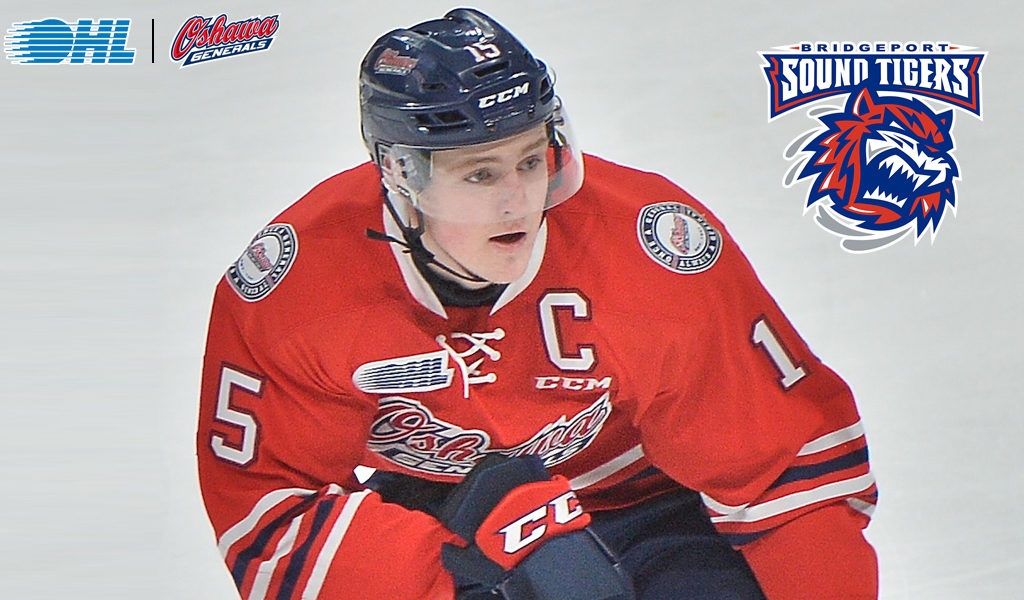 Bridgeport, CT – The Bridgeport Sound Tigers, proud American Hockey League affiliate of the New York Islanders, announced Friday that they have agreed to terms on a one-year AHL contract with forward Kyle MacLean.

The 20-year-old joins the organization after spending each of the last four years with the Oshawa Generals of the Ontario Hockey League (OHL). Last season, he ranked fourth on the Generals in scoring with a career-high 60 points (18 goals, 42 assists) in 68 games, while also serving as team captain. MacLean, a 6’1, 185-pound winger, added 13 points (five goals, eight assists) and a plus-8 rating in 15 playoff games in 2018-19.