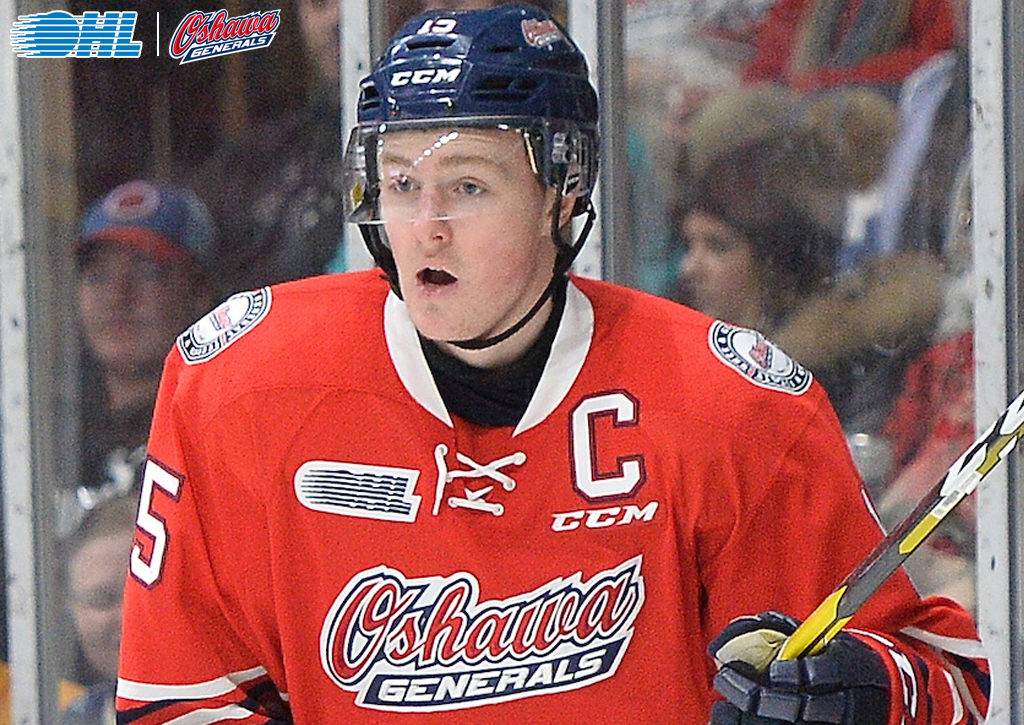 The Oshawa Generals announced on Thursday that the New York Islanders have assigned captain Kyle MacLean back to the Generals for his overage season.

The 20-year-old native of Tequesta, Fla. had signed an AHL contract with the Bridgeport Sound Tigers in July but with an influx of players clearing waivers and being assigned to Bridgeport, the Islanders have made the decision to return MacLean to Oshawa.

The son of former General, long-time NHL forward and current Arizona Coyotes assistant coach John MacLean, Kyle has accumulated 110 points (38-72–110) over 227 career regular season games since being selected by the Generals in the fourth round of the 2015 OHL Priority Selection.

For more on the announcement visit oshawagenerals.com.