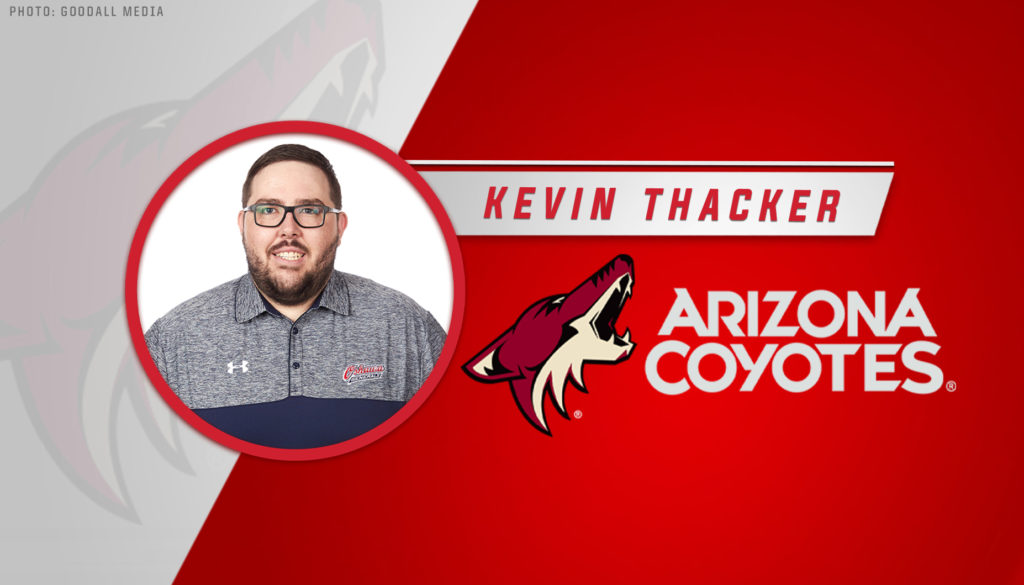 Oshawa, ON – The Oshawa Generals announced today that Director of Player Personnel and Scouting Coordinator, Kevin Thacker, has accepted a new role with the Arizona Coyotes as an Amateur Scout. Thacker will be based in Halifax, Nova Scotia where he will cover the Eastern Conference of the QMJHL as well as Boston Area Prep Schools.

“It’s bittersweet to lose a quality person and great scout like Kevin. Whether it’s players, coaches or scouts—the Oshawa Generals are an organization that wants to continue to promote to the NHL,” said President and Governor Rocco Tullio on the promotion. “I’m extremely happy for Kevin, he is hard working, has a strong hockey knowledge and we will always consider him to be part of the Generals family! The future is bright for Kevin and hopefully our paths will cross again some day.”

“Over the last couple years Kevin has proven he has a real keen eye for talent. It’s a great feather in our cap to see another hockey personnel from our organization move up into the NHL. The Arizona Coyotes are lucky to have him and his dedication to the game as part of their organization,” added Vice President and General Manager Roger Hunt on the promotion of Thacker.

“It’s been a pleasure working with Kevin over the last couple years. He has put his time and effort into working hard. He spent lots of hours at the rink which didn’t go unnoticed and opened up opportunities for him to move to the next level. I have nothing but great things to say about him and wish him success in his new role,” said Mike Kelly, Director of Hockey Operations on working with Thacker.

“I’d like to thank Rocco Tullio, Roger Hunt, Mike Kelly and staff for an incredible two years. Getting a chance to work for one of the top organizations in the CHL was an honour. While it’s not easy leaving such a great group I’m excited for the opportunity to take my career to the next level and leave knowing the organization is in good hands with a ton of great prospects Gens fans will enjoy for the next couple of years,” said Generals outgoing Director of Player Personnel and Scouting Coordinator, Kevin Thacker.