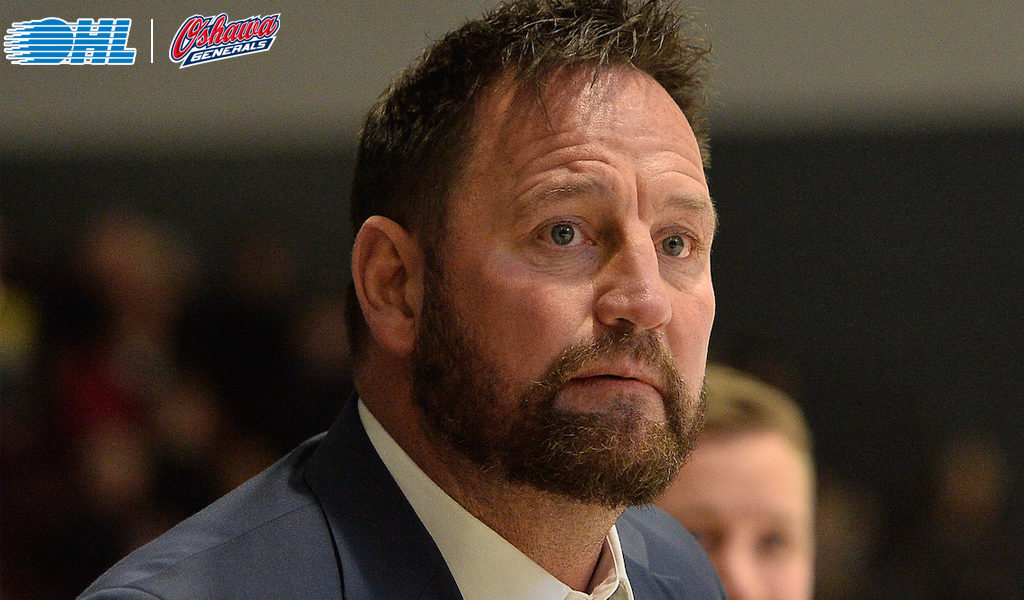 Oshawa, ON – The Oshawa Generals announced today they have agreed to a two-year contract extension with Head Coach, Greg Walters.

The former Ontario Junior Hockey League and Canadian Junior Hockey League coach of the year brought over a winning pedigree to the team from his previous coaching experience. Walters, in his first season as a head coach in the Ontario Hockey League, has led the Generals this season to an impressive 44-20-4-0 record and a third place finish in the Eastern Conference.

Generals Vice President and General Manager Roger Hunt was elated to announce the extension of Walters.

“In his first year as head coach Greg has become the undeniable leader for our players. With this extension I couldn’t be happier to have our team in Greg’s hands for the next number of years.”

Walters brings values of structure, hard work and excellence to team while still allowing the players to have fun and be creative. As a players coach, the team has developed and improved to career highs under his leadership this season, setting a record for road wins and improving the power play and penalty kill into the top five in the OHL.

“It’s a great honour to sign this extension. I can’t thank Rocco Tullio and Roger Hunt enough for the opportunity to continue to grow and develop with this team. I have enjoyed my time here in Oshawa thus far, the fans and players have been great,” said Walters on the extension news. “It wouldn’t have been such an easy transition without the help of Greg Nemisz and Nathan McIver; they do a tremendous amount of work to assist me in leading this team.”

“His record speaks for itself as a first year coach in the OHL. I’m extremely excited with the future of our hockey team to have Greg continue behind our bench,” said Oshawa Generals President and Governor Rocco Tullio. “To have one of the best young hockey minds behind our bench for years to come—it gives me great comfort knowing that this team not only today, but also for the future, is in great hands.”

Walters and the Generals now turn their attention towards playoffs as the 2019 post-season gets underway.