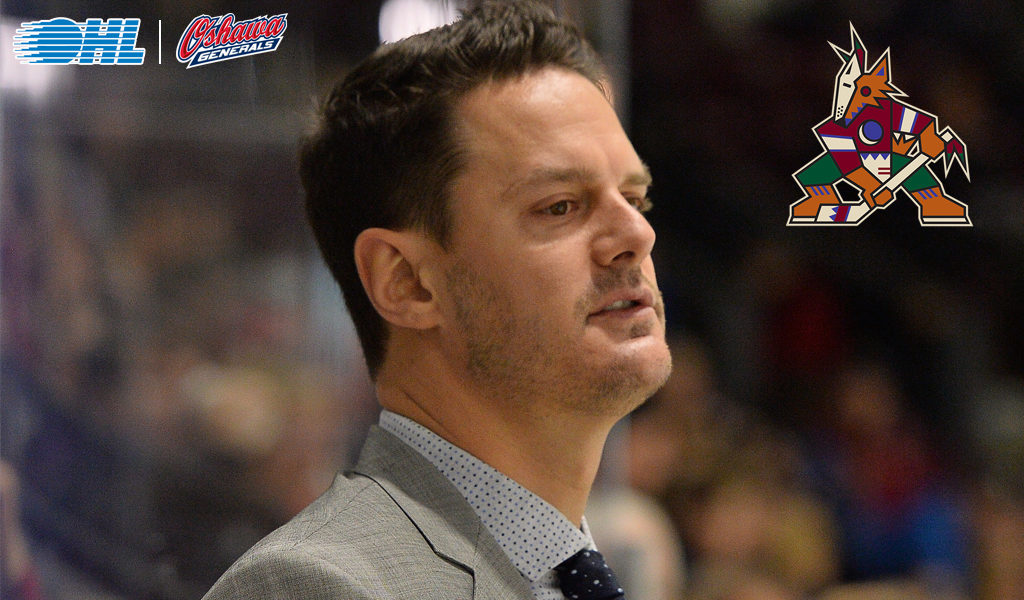 The 40-year-old Foster most recently served on the OHL’s Oshawa Generals coaching staff in 2021-22 and was promoted to interim co-head coach in March and helped the club secure a playoff berth. Foster’s coaching resume also includes stints as an assistant coach with the Peterborough Petes (2016-17) and the Kingston Frontenacs (2017-20), including serving as the Frontenacs head coach from 2018-20 where he coached Jason Robertson and Shane Wright.

The Carp, ON native played in 405 NHL games for 10 different teams from 2002-13, registering 42-118-160 with the Atlanta Thrashers, Minnesota Wild, Tampa Bay Lightning, Edmonton Oilers, Anaheim Ducks, New Jersey Devils and Philadelphia Flyers. Foster’s best playing season came in 2009-10 when he led all Lightning defensemen with 8-34-42 and was primarily paired with Victor Hedman. Prior to retiring as a player, Foster spent three seasons overseas between the KHL and DEL.