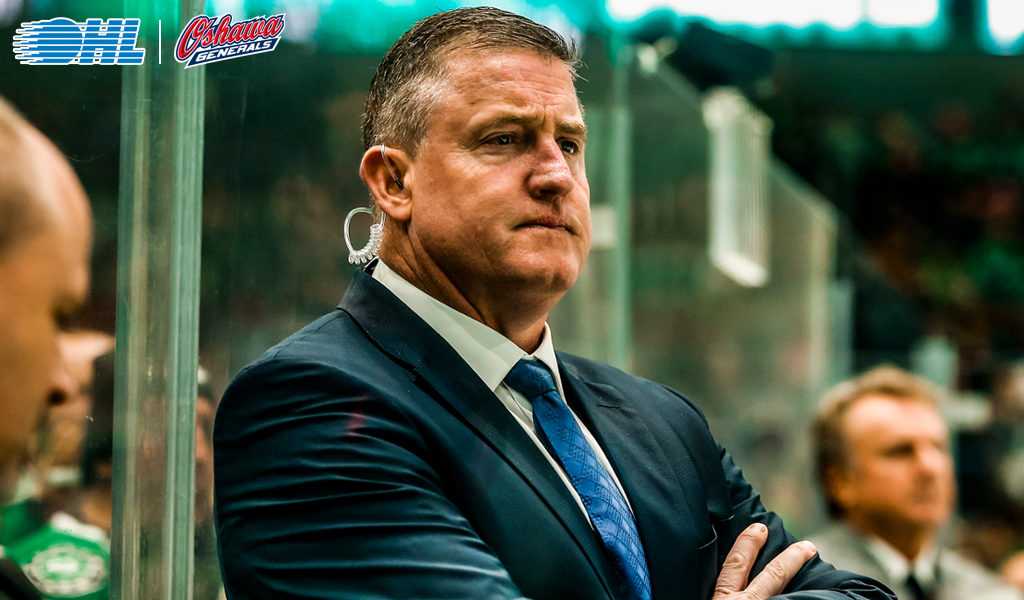 Laxdal, 56, from Stonewall Man., joins the Generals after spending three seasons with the NHL’s Dallas Stars as an assistant coach to Rick Bowness from 2020-2022, joining mid season in 2019-2020. Before joining the NHL Stars, Laxdal spent six seasons with the AHL affiliate Texas Stars as the head coach from 2014-2020. In 380 games behind the AHL bench, he coached to a record of 189-139-52 including a run to the Calder Cup final in 2018, losing in seven games to the Toronto Marlies.

His other professional coaching experiences include a five-year tenure in the ECHL with the Idaho Steelheads. Finishing with a winning record in all five seasons, Laxdal took the Steelheads to two Kelly Cup Championship finals, winning in 2007 and dropping the finals in 2010. Paired with his championship in 2007, he was also awarded ECHL Coach of the Year.

Laxdal is no stranger to coaching in the Canadian Hockey League either, spending four seasons with the Edmonton Oil Kings from 2010-2014. During his tenure with the Oil Kings, Laxdal coached his team to three consecutive WHL finals, losing the championship final in 2013 but winning the Ed Chynoweth Cup in 2012 and 2014. His 2014 run continued with a Memorial Cup championship victory, defeating the Guelph Storm in the championship final 6-3.

His career in hockey has not been limited to behind the bench, as Laxdal also joins the Generals with more than 19 years of playing experience. Starting as a junior in the WHL, Laxdal spent time with the Portland Winterhawks, Brandon Wheat Kings and New Westminster Bruins. Drafted in the 8th round, 151st overall by the Toronto Maple Leafs in the 1984 NHL Entry Draft, he spent parts of four seasons with the Leafs before being traded to the New York Islanders in 1989. His professional career would continue with stops in the AHL, SM-Liga, ECHL, and the BHL (now known as the EIHL). Laxdal retired from his playing career following his 2001 season with the Odessa Jackalopes.

Bringing such a high-level of experience behind the bench is something General Manager and Vice-President Roger Hunt couldn’t be more thrilled about.

“With Derek’s track record of winning in junior and his list of players he has coached at the pro level, this is a huge step forward in our quest to bringing another championship to Oshawa,” said Hunt.