Generals’ Olausson set to suit up for Sweden at World Juniors 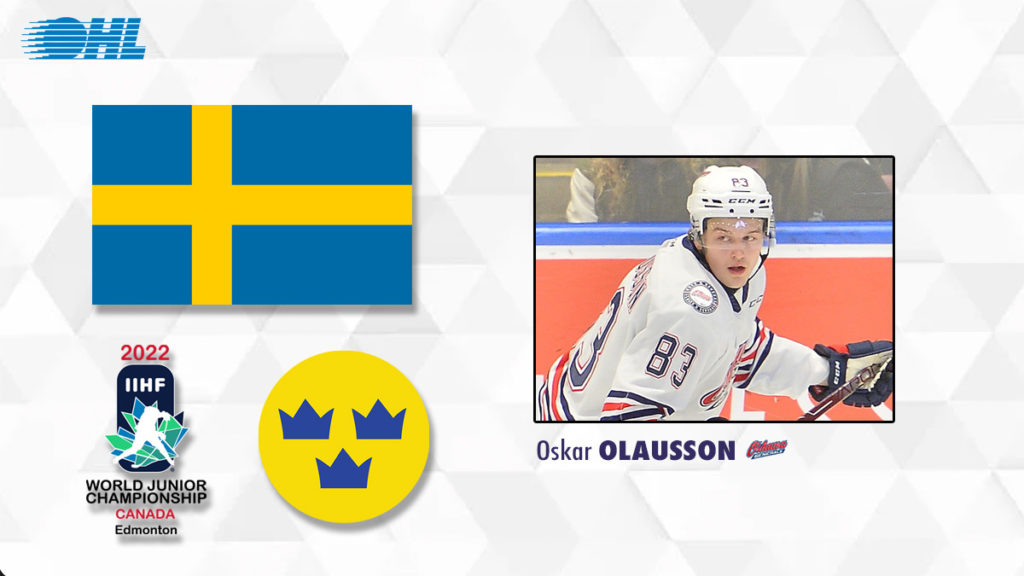 Oskar Olausson of the Oshawa Generals is in Edmonton preparing for action with Sweden at the 2022 IIHF World Junior Hockey Championship.

The 19-year-old right-winger from Stockholm, Sweden was a first round (28th overall) pick by the Colorado Avalanche in the 2021 NHL Draft and split last season between Oshawa and Barrie, recording 26 goals, 23 assists and 49 points in 55 games. He appeared in four playoff games with the AHL’s Colorado Eagles following Oshawa’s elimination from the OHL Playoffs last spring, recording two assists in four outings.

This marks Olausson’s second tour of duty with Sweden at the World Juniors after he was named to the squad in 2021. He also won a Hlinka Gretzky Cup bronze medal in 2020.