Generals’ Resnick commits to Ryerson for 2020-21 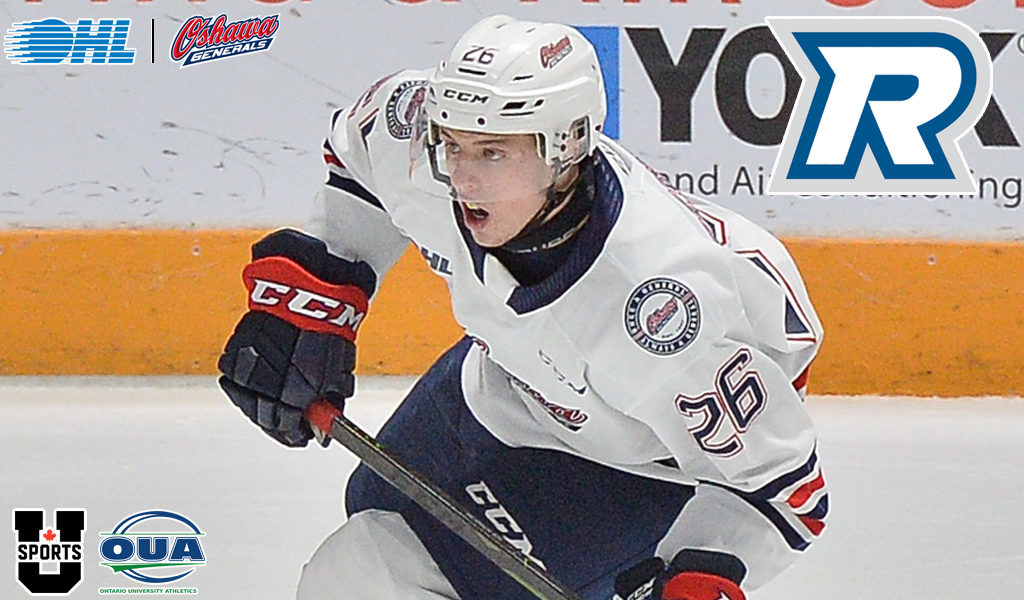 TORONTO – The Ryerson Rams men’s hockey team is pleased to announce the addition of Cole Resnick to their busy 2020-21 recruiting class.

A Thornhill, Ont. native, Resnick joins the Rams after spending the past three seasons with the Oshawa Generals of the Ontario Hockey League (OHL).

Notably, the 6’0 forward played 77 games in the 2018-19 season and tallied six points in the Generals post-season run to the Eastern Conference Finals, which was a career highlight according to Resnick.

Resnick describes himself as an athlete saying “I am a competitive player who relies on my high work ethic for success.”

While being an honor roll student at Bill Crothers Secondary School in Markham, Resnick spent his last high school year playing for the Mississauga Chargers in the Ontario Junior Hockey League (OJHL) before moving to the Generals.

Resnick will be studying Business Management in September and says he chose Ryerson because of “their recognition within the business community, and their impressive hockey program.”

Resnick is the sixth member of the Rams men’s hockey recruiting class and is the fourth player in the forward position. He joins other OHL graduates in Kyle Bollers, Elijah Roberts and Ryan Wells.