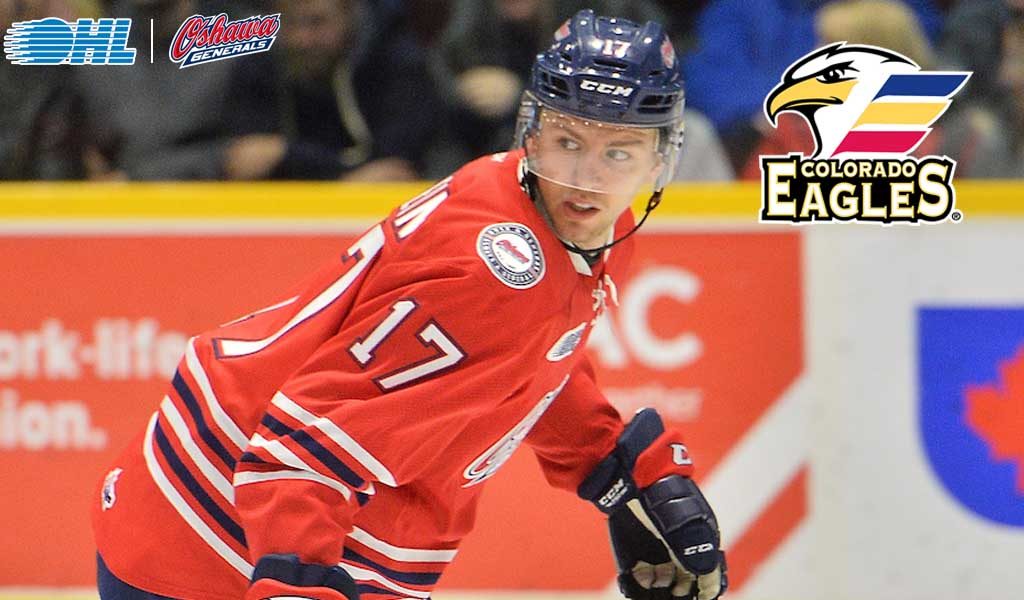 WINDSOR, CO — The Colorado Eagles, proud affiliate of the Colorado Avalanche, have announced that the team has signed forward Brandon Saigeon to an AHL contract for the 2019-20 season. Saigeon recently finished a five-year career at the major-junior level with the Hamilton Bulldogs, Belleville Bulls and Oshawa Generals of the OHL. During that time the 21 year-old netted 105 goals and 146 assists in 304 games, including 37 goals and 55 assists in 68 games during his final season.

Saigeon was drafted by the #Avs in the 5th round of the 2018 NHL Draft. He comes to Colorado after amassing 251 points during his junior career in the #OHL
📝 https://t.co/soJTps4dtZ#EaglesCountry pic.twitter.com/k7kMswYQIC

A fifth-round pick of the Colorado Avalanche in the 2018 NHL Entry Draft, Saigeon helped lead the Bulldogs to an OHL championship in the 2017-18 season and produced three seasons with at least 20 goals and two years with 30 or more goals. The 6-foot-2, 200-pound center was selected #4 overall by Belleville in the 2014 OHL Priority Draft. He has also appeared in the Colorado Avalanche’s development camp in both 2018 and 2019.