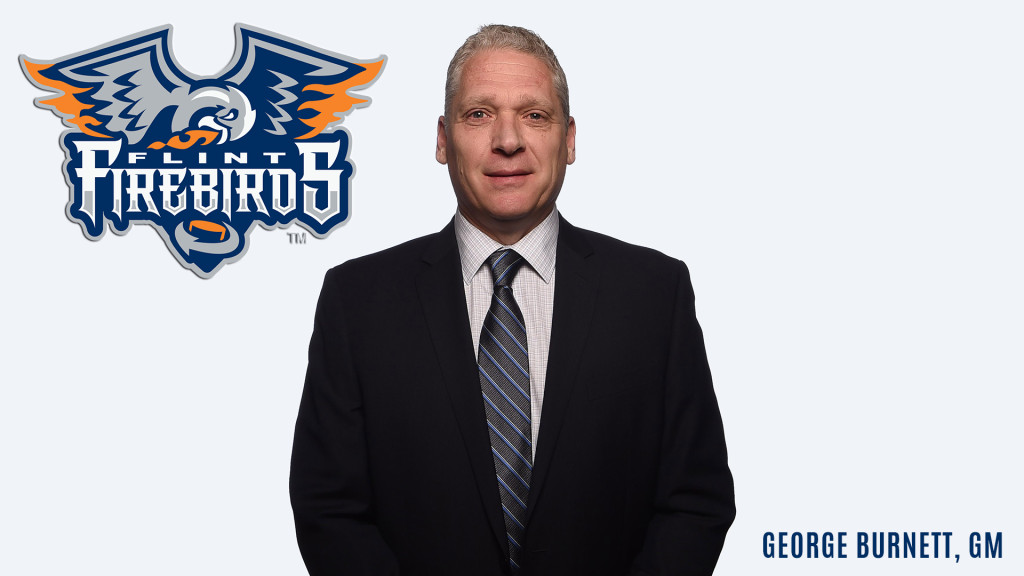 “The League is entrusting George Burnett with the hockey operations of the Flint Firebirds and we believe his experience will provide the players, parents, billets and team staff with stability and expertise,” said David Branch OHL Commissioner.  “Burnett will be backed by a strong team in hockey operations, including Joe Stefan who is well known to Flint Firebirds players and families.”

George Burnett, 54, is a native of Port Perry, ON and has spent his life managing, coaching and playing hockey.  His junior hockey coaching career began with the Oshawa Generals in 1989 and has included coaching in both the AHL and the NHL.  Most recently, Burnett was the Coach and General Manager of the Hamilton Bulldogs and which followed 9 years with the Belleville Bulls. He played for the OHL’s London Knights and the CIS’s McGill Redmen.

In addition, the League announced that Joe Stefan is returning to the role of Assistant General Manager of the Firebirds with the added responsibility of Director of Player Development.

Joe Stefan, 50, a native of Brantford, ON began his OHL coaching career with the Plymouth Whalers as an assistant in 2007 after joining the club’s staff as a scout in 2005.  He worked seven seasons behind the Whalers’ bench also holding the title of associate coach.  As a player, Stefan competed for the OHL’s Brantford Alexanders and the Hamilton Steelhawks from 1983-86 before a minor pro career that included four seasons in the IHL and more than 10 seasons in the British National League.

“It is great to be returning to the Flint Firebirds and having the opportunity to work with George Burnett,” said Joe Stefan.  “I look forward to continuing to work with the team, players and families on their ongoing player development.”

An announcement on coaching is expected imminently.