Giroux and Tucker named to Vaughn CHL Team of the Week for Feb. 17-23 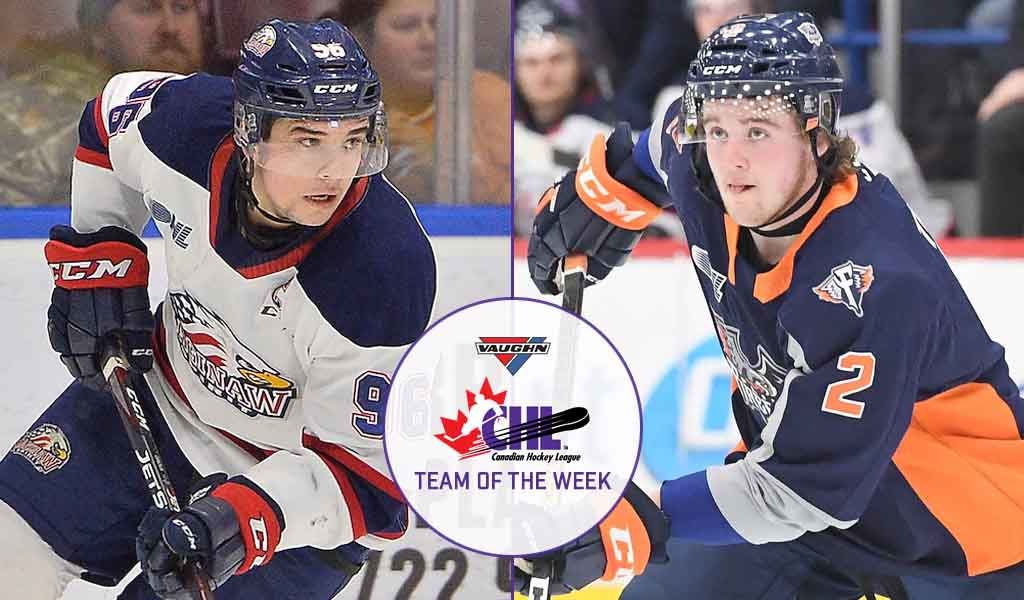 The Canadian Hockey League today announced the 22nd edition of the Vaughn CHL Team of the Week for the 2019-20 season based on individual performances from February 17-23.

Among the top performers was Pittsburgh Penguins prospect Nathan Legare of the Baie-Comeau Drakkar who wrapped up the week with nine points counting six goals and three assists over a pair of appearances. Facing the Val-d’Or Foreurs on Sunday, captain Legare put up a season-high performance of five points including his second consecutive hat-trick plus two assists en route to 6-3 victory in which he was recognized as the game’s first star. For his efforts, Legare was honoured as the Ultramar QMJHL Player of the Week.

Also up front is overage right-wing Jeremy McKenna of the Moncton Wildcats whose impressive showing counted four goals and five assists for nine points over four contests extending the club’s win-streak to 12 and point-streak to 18. Currently riding a five-game point streak of his own, McKenna’s stretch includes Wednesday’s 4-3 overtime win versus the Rimouski Oceanic in which he received first-star recognition after matching a season high of four points counting two goals and two assists that included a helper on the game-winning goal.

Rounding out the forward ranks is Minnesota Wild prospect Damien Giroux of the Saginaw Spirit who notched five goals and two assists for seven points over three games helping the Spirit clinch a playoff berth. Against the North Bay Battalion on Sunday, the captain and fourth-year forward finished with a season high of four points, putting up two goals plus two assists in a 6-3 road win that saw him recognized as the game’s first star for the second consecutive game.

On the blue line, St. Louis Blues draft pick Tyler Tucker of the Flint Firebirds shined as he collected three goals and eight assists for 11 points over four games as the Firebirds also punched their postseason ticket. A late-season addition to the Firebirds, Tucker has impressed since joining his new club from the Barrie Colts by setting a franchise single-game record for points by a defenceman with two goals and five assists for seven points in a 12-7 victory over the Sarnia Sting last Monday. For his efforts, Tucker was honoured as the OHL ‘On the Run’ Player of the Week.

Also on the back end is Saskatoon Blades defenceman and 2020 NHL Draft hopeful Aidan De La Gorgendiere whose week counted six points including one goal and five assists over a pair of contests.  De La Gorgendiere’s best showing came against the Swift Current Broncos on Saturday as he finished with a season high of four points – all coming as helpers – to guide his squad to an 8-1 victory in which he was recognized as the game’s first star. For his efforts, De La Gorgendiere was honoured as the WHL ‘On the Run’ Player of the Week.

Between the pipes, Calgary Flames prospect Dustin Wolf of the Everett Silvertips put up a dominant showing as he came away with three victories over a trio of appearances in which he combined for a .952 save percentage and a 1.00 goals-against average. Wolf’s busiest night came against the rival Portland Winterhawks on Sunday as he turned aside 35 shots en route to a 6-2 road win and first-star honours. In all, Wolf closed out the week with his league best ninth shutout of the season while stopping 60 of 63 total shots, helping him earn recognition as the WHL Eli Wilson Goaltending Goaltender of the Week. 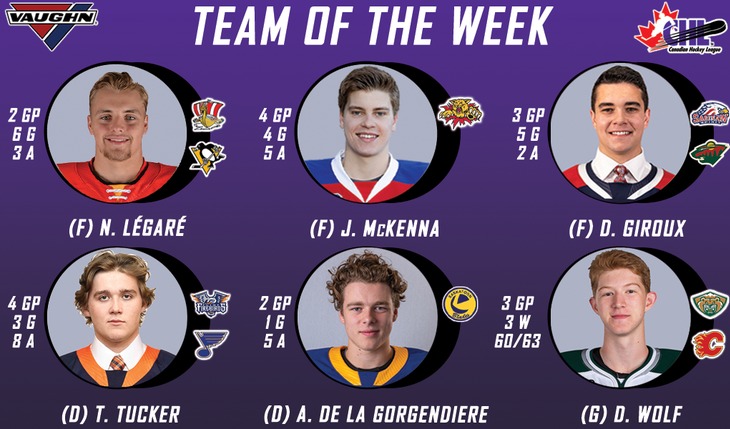