Gogolev and Ingham named to Vaughn CHL Team of the Week for Dec. 9-15 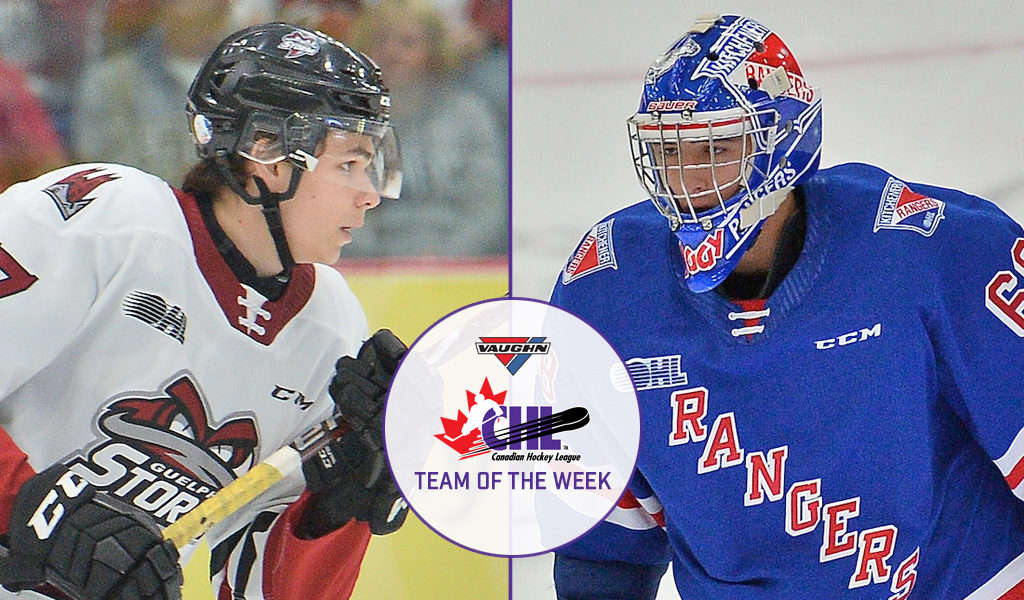 The Canadian Hockey League today announced the 13th edition of the Vaughn CHL Team of the Week for the 2019-20 season based on individual performances from Dec. 9-15.

Headlining the forward ranks is Medicine Hat Tigers rookie centre Cole Sillinger who wrapped up the week with 10 points counting one goal and nine assists across four appearances. That stretch included a career-high six-point performance for the 2018 WHL Bantam Draft first round pick and leading WHL rookie scorer against the Prince Albert Raiders on Wednesday in which Sillinger notched one goal plus five assists to guide his club to an 8-4 road victory and claim third-star recognition.

Also up front is Guelph Storm left-wing Pavel Gogolev who collected eight goals and one assist for nine points over four outings. Gogolev, who is currently riding a six-game point streak, put up his best showing of the week Tuesday against the Owen Sound Attack as he finished with a single-game high of four goals in the 4-3 road victory that earned him first-star honours.

Rounding out the forward ranks is Spokane Chiefs left-wing and Minnesota Wild draft pick Adam Beckman who finished the week with nine points counting six goals and three assists over a trio of appearances. Against the Seattle Thunderbirds on Saturday, Beckman matched a career-high five-point performance in notching a hat-trick plus two assists to power his squad to a 5-2 road victory that saw him recognized as the game’s first star. For his efforts, Beckman was named the WHL ‘On the Run’ Player of the Week.

On the back end, Kelowna Rockets blue liner and Vegas Golden Knights prospect Kaedan Korczak wrapped up the week with two goals and three assists for five points across four outings. That stretch saw Korczak put up back-to-back multi-point efforts including a two-goal showing against younger brother Ryder and the Moose Jaw Warriors on Saturday that counted the overtime winner in the 5-4 road thriller in which he earned third-star recognition.

Rounding out the defensive side is Saint John Sea Dogs rearguard William Villeneuve who finished the week with five points counting two goals and three assists in three contests. Against the Acadie-Bathurst Titan on Friday, the 2020 NHL Draft prospect was a key performer as he tallied one goal and two assists to help power his side to a 6-3 road victory that also saw him earn third-star recognition.

Between the pipes, Kitchener Rangers netminder and Los Angeles Kings prospect Jacob Ingham won both of his appearances that saw him turn aside a combined 63 shots while surrendering a lone goal. His top performance came against the London Knights on Tuesday as he stopped all 28 shots to pick up his fourth career shutout and guide his club to a 4-0 victory. In all, Ingham wrapped up the week with a 0.50 goals-against average and .984 save percentage, helping him earn recognition as the OHL ‘On the Run’ Player of the Week. 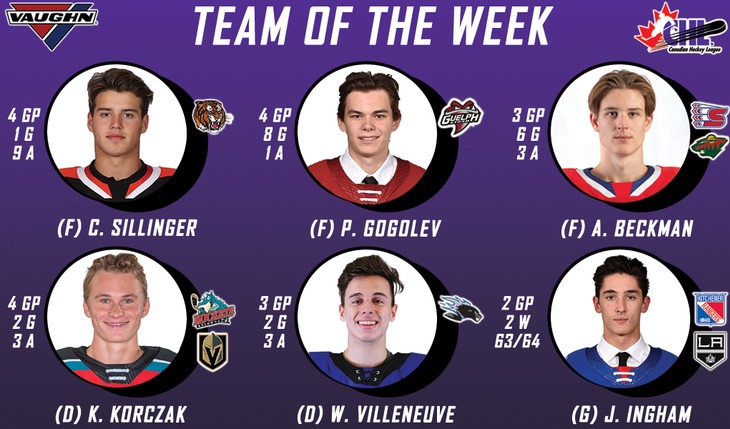