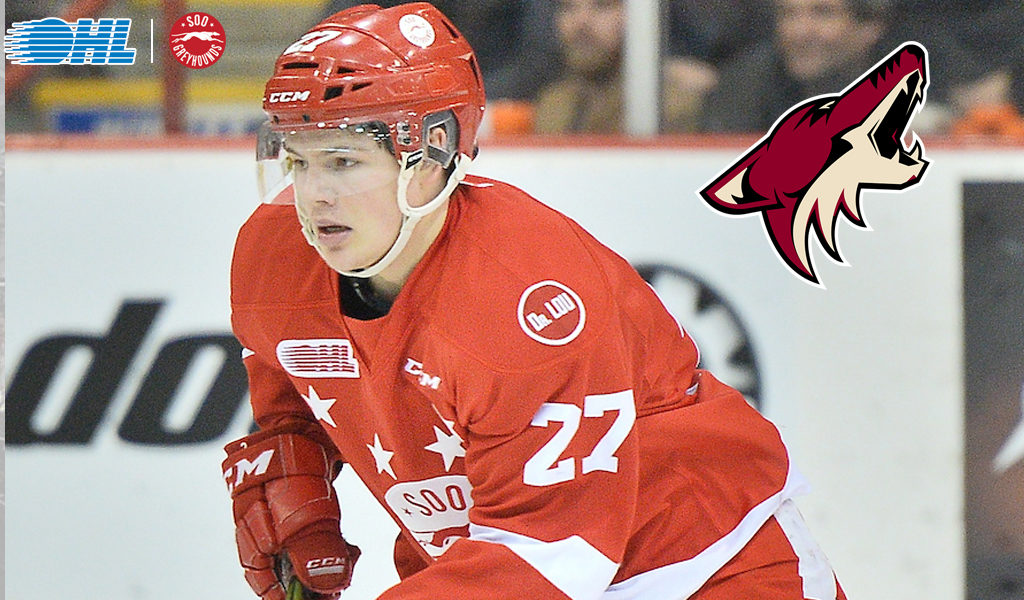 It was a successful NHL debut for Barrett Hayton on Thursday as the 19-year-old registered an assist in a 4-1 Arizona Coyotes victory over visiting Vegas.

Hayton saw 11:24 of ice, helping set up Nick Schmaltz with 39 seconds remaining in the first period as fellow OHL graduate Christian Dvorak (London Knights) was also in on the goal.

Hayton made his highly anticipated debut, becoming the seventh-youngest player in Coyotes history to do so at 19-years, 123 days.

It’s not every day you make your @NHL debut.@BarrettHayton’s family wouldn’t miss it. ❤️ #OurPack pic.twitter.com/TXsu72IHBK

“He’s 19-years-old. He’s an NHL kid with his hockey IQ,” said Coyotes head coach Rick Tocchet, also a Soo Greyhounds graduate. “He’s a character kid. He works hard in practice. He made a nice play to keep the puck in (on Schmaltz’s goal). And he added some enthusiasm to our team.”

Arizona’s first round (5th overall) pick in the 2018 NHL Draft, Hayton has played two-and-a-half seasons in Sault Ste. Marie, recording 153 points (56-97–153) over 165 career regular season games. He comes off a 66-point campaign (26-40–66) over an abbreviated 39-game showing in 2018-19 while also representing Canada at the IIHF World Junior Hockey Championship. The Peterborough, Ont. native helped the Hounds win a Western Conference title in 2018.

Hayton remains with the Coyotes as they hit the road to take on the Colorado Avalanche on Saturday night.

Welcome to the show, Hayton! pic.twitter.com/TRKucdcryI