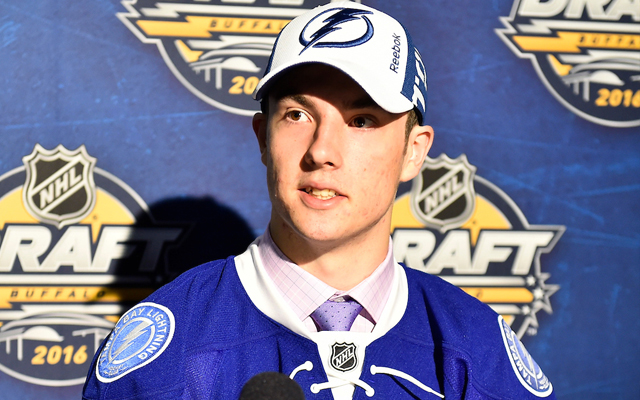 Katchouk, 18, played in 66 games with the Sault Ste. Marie Greyhounds of the Ontario Hockey League this season, recording 35 goals and 64 points to go along with 46 penalty minutes. The 6-foot-1,192-pound forward ranked second on the Greyhounds for goals, third for points and fifth for assists. Katchouk paced the entire OHL for shorthanded goals with seven. The Waterloo, Ontario native also led all Greyhound skaters during the 2017 OHL Playoffs for both goals (eight) and points (13) in 11 games.

Katchouk has appeared in 141 career OHL games, all with Sault Ste. Marie over three seasons, posting 59 goals and 117 points to go along with 124 penalty minutes. He led the Greyhounds and ranked sixth in the OHL for rookie scoring during the 2015-16 season, registering 51 points.

The Lightning drafted Katchouk in the second round, 44th overall, at the 2016 NHL Draft.