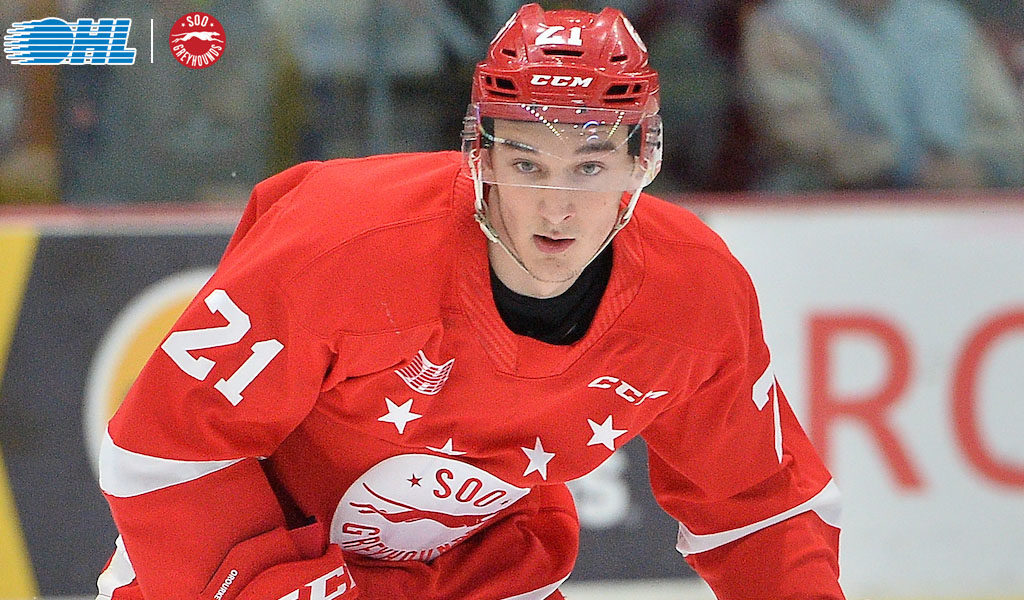 “As an organization we are excited to finalize our leadership group today and feel that all four players, led by Ryan O’Rourke, exemplify and understand what is expected of a Greyhound,” stated head coach John Dean.

O’Rourke is in his second season with the Greyhounds after being selected by the club in the first round of the 2018 OHL Priority Selection. The seventeen-year old Pickering, Ont. native was one of five Greyhounds listed on the NHL Central Scouting ‘Players to Watch’ list last month while this week he will represent the OHL in the CIBC Canada Russia series.

This past summer the 6-foot-1, 169lb. rearguard won a silver medal with Team Canada at the Hlinka Gretzky Cup. Last year he notched a 22 point campaign before being selected as the Hounds Rookie of the Year and was named to the OHL’s Second All-Rookie Team. At the 2018 World Under 17 Hockey Challenge, O’Rourke averaged nearly a point per game and was later recognized as tournament all-star defenceman.

“I’m very honoured and gracious about this opportunity,” said O’Rourke. “It is a privilege that is not going to change the way I act in the room or change my play on the ice.  I look forward to leading our club, and representing our community as Captain.”

LeGuerrier is in his fourth season with the Hounds. This past June the veteran defenceman was selected in the fifth round of the 2019 NHL Draft by the Montreal Canadiens. In 179 career regular season games played, the Gloucester, Ont. native has seven goals and 35 assists in his career to-date.

MacKay, a native of Sault Ste. Marie, Ont., is in his third season with the Greyhounds. Originally a fifth round selection of the club in 2017, Mackay is coming off a 61-point season last year where he produced 27 goals and 34 assists in 65 games played.  He would then go on to be a free agent invite to the NHL’s Vegas Golden Knights rookie camp this past September. The Greyhounds’ winger has previously been awarded the team’s Scholastic Player of the Year Award in back-to-back seasons.

Kerins is in his second season with the club. Through 17 games played in 2019-20, he leads the Greyhounds’ offense with 10 goals and 10 assists for 20 points.  His goal output has surpassed his rookie totals, and he is mere points from setting career-bests. Similarly to captain Ryan O’Rourke, Kerins was rated on the NHL Central Scouting ‘Players to Watch’ list for the 2020 NHL Entry Draft last month.

The four members of the Greyhounds’ leadership group will bring the club into action on the road this weekend for a pair of West Division match-ups against Sarnia (Friday) and Flint (Saturday).