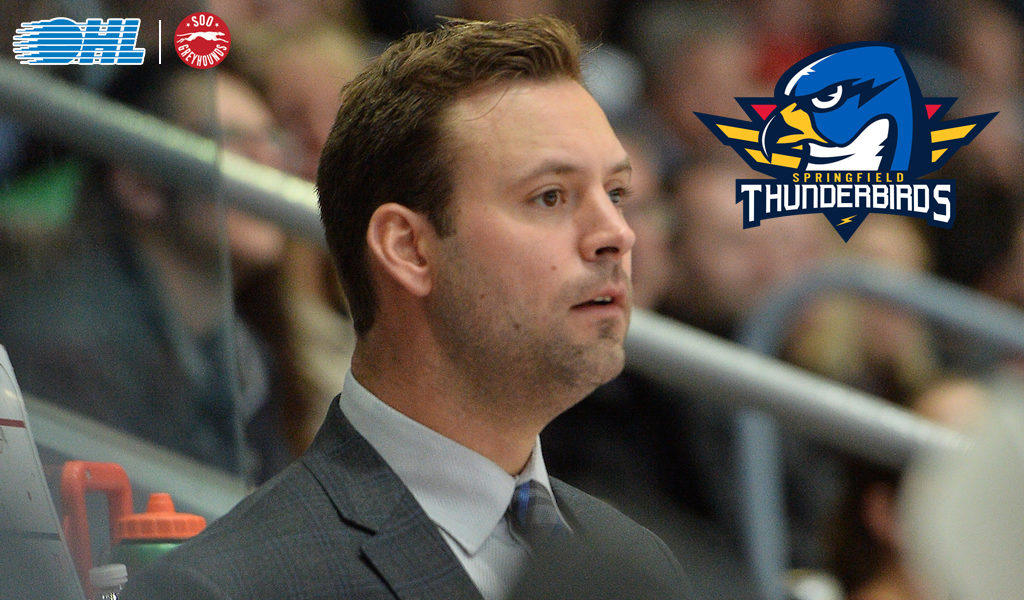 Smith, 36, spent the last five years in the Ontario Hockey League as an Associate Coach with the Sudbury Wolves (2017-18) and Soo Greyhounds (2018-22). He was on the same coaching staff as current Thunderbirds goalie coach Dan Stewart with the Greyhounds from 2018-20. Smith reached the postseason with the Soo in 2019 and 2022.

Smith is now the third member of the Thunderbirds’ coaching staff with ties to the Soo organization. Head coach Drew Bannister served in the same position for the Greyhounds from 2015-18.

A native of Sault Ste. Marie, Ontario, Smith began his coaching career in 2012-13 with the Thunder Bay North Stars of the Superior International Junior Hockey League before serving four seasons as a head coach with the Soo Thunderbirds of the Northern Ontario Junior Hockey League (2013-17), where he won four division titles and compiled a 176-29-10-3 record.

In his playing career, Smith was a second-round selection by the Anaheim Ducks in 2004 but was forced to retire from professional hockey due to injury after two AHL seasons with the Cincinnati Mighty Ducks and Portland Pirates. He also skated for the Greyhounds from 2001-05, putting up 68 points (13g, 55a) in 211 games in the OHL.

Thank-you @jordansmith_20! We were proud and privileged to see your career come full circle from a player to coach with #OHLHoundPower, and now we watch as you take the next step behind an @TheAHL bench.
📰 https://t.co/ZWzF4HnpjP pic.twitter.com/5EYMmw0hwK