Gruden and Montgomery commit to Knights 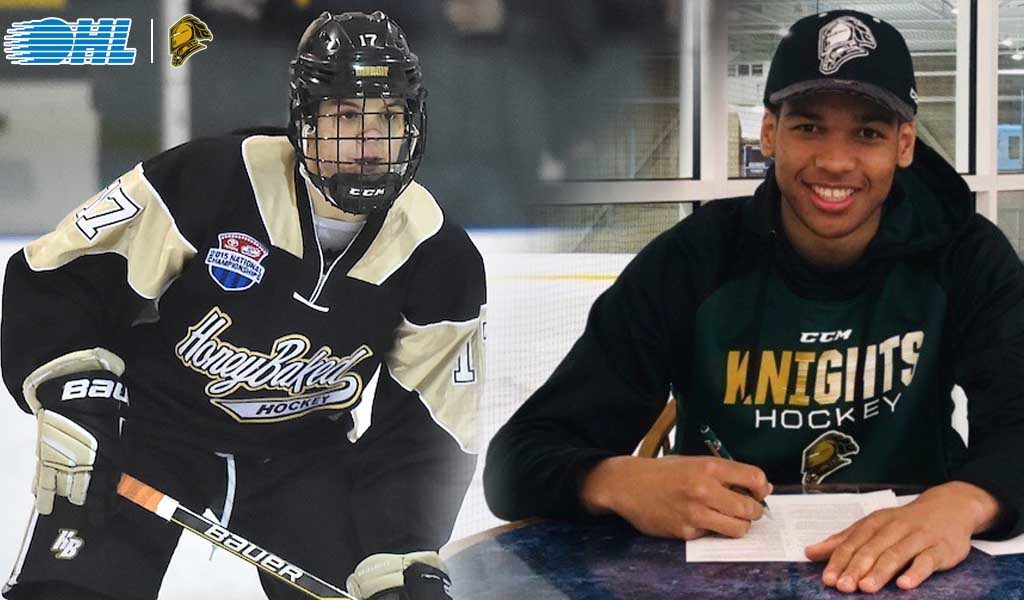 “We are very excited to bring in both Jonathan and Bryce to London,” said London Knights General Manager Mark Hunter.  “We look forward to both coming in next season in significant roles.  Both players will fit well into our program and will be strong representatives of our organization on and off the ice.”

Gruden was selected in the fifth round of the 2016 OHL Priority Selection by the Knights.  The Rochester Hills, Michigan native was selected by the Ottawa Senators in the fourth round of the 2018 NHL Entry Draft.  Gruden recently signed his NHL entry-level contract one month ago.  Playing for the University of Miami (Ohio), the 2000-born forward scored three goals and 12 assists for 15 points in 38 games.

“Jonathan is a very talented forward who will immediately step into our lineup and significantly contribute,” continued Hunter.  “After a very impressive NHL draft year in 2017-2018 where he was a point-per-game player for the United States Development Program, we saw Jonathan take great strides last season at the University of Miami (Ohio).  We look forward to the contributions he will make with our organization.”

Montgomery, a native of Bowie, Maryland, attended the London Knights mini-development camp last month and made a strong impression.  The 6-foot-3, 201-pound defenseman will come to London after playing for Cushing Academy in the USHS-Prep league last season.

“Bryce is a big-bodied, skilled defenceman who we look forward to bringing in to London,” said Hunter.  “Bryce will have a chance to step into our lineup and bring some tremendous strengths.  He has superb skating abilities and a keen hockey sense, which compliments his skill-based game.  We are very pleased to have been able to have seen Bryce perform at our mini-development camp and are excited to add him to our organization.”