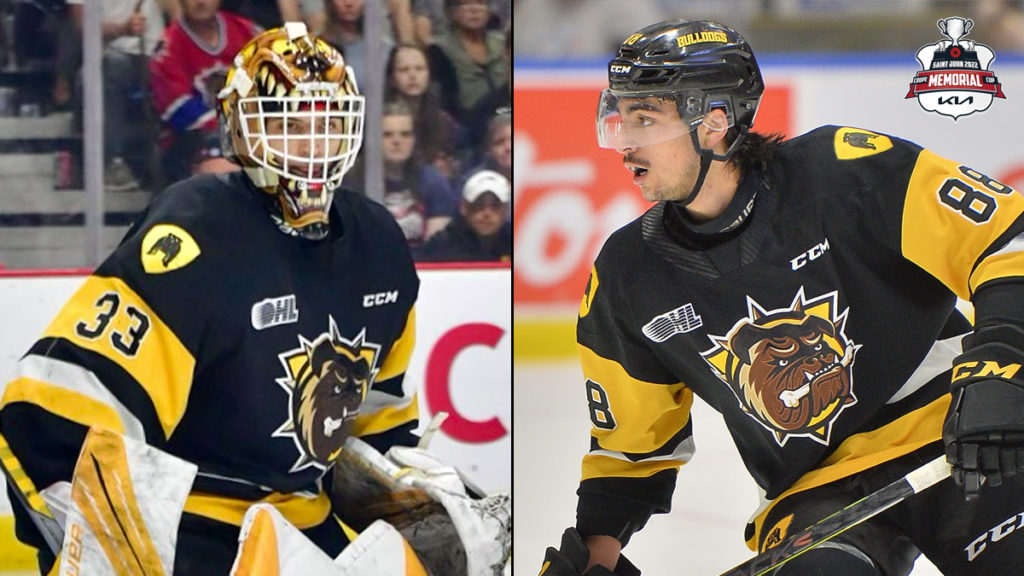 Aside from being teammates on the ice, Hamilton Bulldogs’ Mark Duarte and Marco Costantini share something more personal in common; they each have a twin brother.

Having an identical twin in Ottawa 67’s blueliner Anthony, the Costantini duo spent their childhood playing together in the Hammer.

“I’m a goalie and he’s a defenceman, that’s really the only difference between us,” said Marco with a smile. “We finish each other’s sentences, we’re pretty much the same person. We kind of assumed that we weren’t going to be drafted to the same team which was hard after playing pretty much our whole life together. It’s nice playing against him so we can see each other, but I do wish we could play together”, he added. 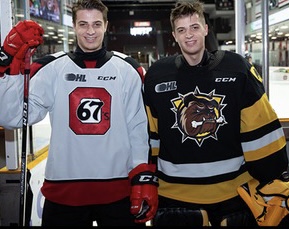 That being said, Costantini remains close with his brother regardless of where they’re located, as they share a special bond like no other.

“Anthony was playing a game in Peterborough this season and hurt his leg mid-game. I was playing that same night and also felt something in my leg mid-game and didn’t go back on. It was weird but I guess that happens a lot with twins.”

With both brothers playing in the OHL, the Hamilton goaltender adds how supportive his family has been of one-another.

“My parents try and see both of us play as much as they can. Obviously Ottawa is a bit far but every time we play each other or even when Ottawa comes to Oshawa they’ll be there to watch as well.”

“My family actually came up to New Brunswick on Monday,” Costantini added. “They’ll be here for the game and the rest of the week so I’ll get to see them which is nice.”

Unlike the Costantini brothers, Duarte and his brother can be told apart.

“We’re fraternal so we don’t look alike,” said Mark of his twin, Matthew. “I want to say he’s around 6-foot-4, he’s a big boy and strong on the ice. People who know us well would definitely say that we’re quite different from each other not only on the ice, but the little things in our personalities as well,” he added.

The Duarte brothers spent their youth playing together, but even though they took separate career paths, they still depend on each other on and off the ice.

“Growing up together, we’ve always been able to push each other and be each other’s right-hand man. I think Junior B was our first year separated, but he was still called up and he actually scored his first goal before me, that’s the story I like to tell. Even if we don’t play on the same team now, when I’m back at home we train together all the time.” 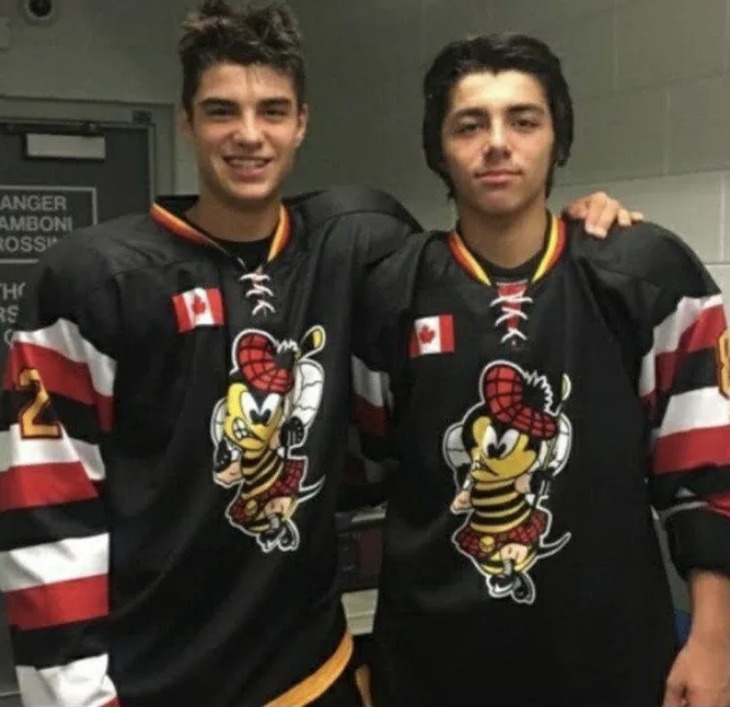 “Being the only one drafted to the OHL, he was very happy for me and let me have a great experience,” said Mark, a former 14th round pick of the Bulldogs in 2018. “Unfortunately, he didn’t get selected, but we know that there’s more than one path and he’s also growing as a player. He had a great year and schools are reaching out to him. We both work hard.”

As the Bulldogs prepare for their second game of the tournament, Duarte adds how his brother helps his play from a distance.

“He’s been watching my games and texts me ways that I can be better and the little things that I don’t see when I’m out there. He was able to come out to a lot of the games leading up to the Memorial Cup this year so that was a really cool experience to share with him.”

Both Hamilton-raised twins will be in the lineup tonight when the Bulldogs face off against QMJHL champion Shawinigan Cataractes at 6:00pm EDT on TSN.