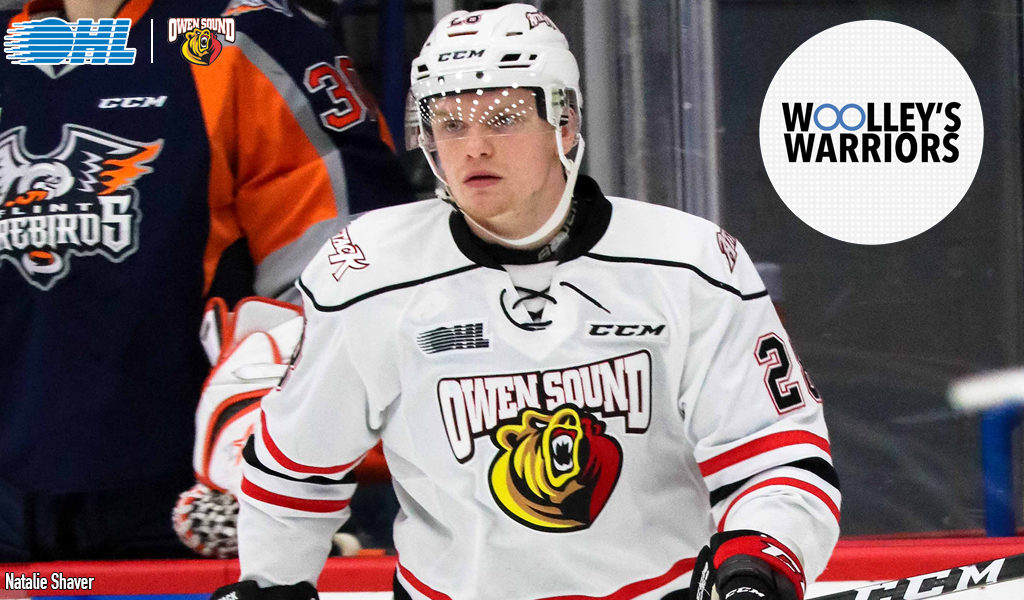 “I love giving back to the community,” he said. “I think that’s a big part of the game, and one that could really be pushed more.”

In his third year in the league, the 18-year-old Owen Sound Attack defenceman is using his platform to raise awareness for something near and dear to his heart and health.

“People look up to people who play in the OHL.”

On November 9th, the inaugural Woolley’s Warriors Night raised over $2500, while collecting 10 boxes of items for @DiabetesCanada‘s @DC_DCamps!

A huge thank-you to all who made it such a success, with a special thanks to @AttackOHL! #WW28

This past August, Woolley launched “Woolley’s Warriors,” a non-profit aimed at providing knowledge and support for young athletes living with Type 1 diabetes, like himself.

It’s a cause that hits close to home in more ways than one.

“My older brother has had diabetes since he was born, so I’ve always kind of had that in my life, whether I was helping my parents check his blood or give him his insulin,” said Woolley.

Monitoring his diet and blood levels, making sure his blood sugar levels don’t get too high or too low, and ensuring he has insulin when needed are tasks that are always top of mind, but Woolley says his day-to-day routine isn’t much different from that of his teammates and friends.

Still, he believes more information about the disease should be readily available.

“There aren’t too many people who know much about it unless you have a family member or friend that has it,” Woolley said. “All my teammates have known I’ve had diabetes while growing up, but if I have low blood sugar or something, they don’t really know how to fix that or have any information on why it’s lower.”

Woolley came up with the idea for the campaign during his rookie season with the Guelph Storm. Team captain Garrett McFadden had launched his mental health foundation “McFadden’s Moment,” and Woolley was in awe of his teammate’s initiative.

“I just kind of sat in the back seat a little bit and watched him do his thing that year,” he remembered.

#WW28 and @woolbanger20x were proud to host eight-year-old Davis for the @AttackOHL’s big 4-1 win on Saturday!

Davis was diagnosed with diabetes when he was four, but loves all sports — especially hockey and lacrosse!

Thanks for being a Warrior, Davis! pic.twitter.com/BX9KDHxm6E

The idea was building in the back of his mind, and while he had shared his plans for the campaign with the Storm’s front office, he decided he didn’t want to get started on it during his second year while he was ‘still dipping his feet in the league.’

That second year would prove to be a busy one anyway, as Woolley went about the transition of changing teams in January.

Going to Owen Sound from Guelph with him was Barret Kirwin who can speak firsthand to his teammate’s work ethic both on and off the ice.

“It’s second to none,” Kirwin said of Woolley. “It’s always something that everyone’s looked up to and it’s made him a great leader.”

Last summer, then-Guelph Storm Community Relations Coordinator Stephanie Coratti reached out to Woolley and asked if it was something he was still interested in pursuing. He jumped at the idea and got to work, launching it in August.

“We reached out to Owen Sound when we thought of the idea and asked if we’d be able to do a game in support of it and if they would be willing to help out,” Woolley explained. The Owen Sound Attack were on board right away.

“It was awesome news. I wouldn’t be able to do any of it without their support.”

The Attack hosted the inaugural “Woolley’s Warriors” game on Nov. 9, raising $2500 and 10 boxes of items to be donated to Diabetes Canada D-Camps, which are camps designed for kids with diabetes where they can have fun with other kids and learn new ways to manage their diabetes from onsite medical professionals.

He has his own foundation, @WoolleyWarriors where he helps kids manage Type 1 Diabetes.

Raising funds to send young athletes to D-Camps has always been one of Woolley’s main objectives.

“If there was someone doing something like this when I was a kid, I think that would have been really cool,” Woolley said.

As for the future, Woolley has some bigger plans for Woolley’s Warriors. He’s in conversations with DSkate, a hockey summer camp for people with diabetes, and is planning on going there in the summer to be a guest speaker. He’d also like to visit kids at the Owen Sound Hospital.

In the meantime, Woolley has invited some kids and parents out to games, having conversations with them afterward and answering any questions they have.

Stepping into more of a leadership role with the Attack as a third-year OHLer and focused on making an impression in his NHL Draft year, Woolley admits he’s been busy. But above all, he’s enjoyed being what he calls a “support system” for kids, and wants to continue to be a role model.

And when asked about his own role model growing up, Montreal Canadiens centreman and former London Knight Max Domi comes to mind. Like Woolley, Domi was diagnosed with Type 1 diabetes at 12-years-old and has used his platform to raise awareness about the disease.

“He’ll always be one of the guys I look up to,” Woolley said.

“He’s living out his dream playing in the NHL. It just shows that anything is possible, your diabetes doesn’t define you, and you can be who or whatever you want to be.” 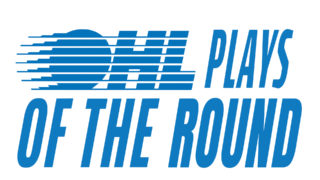