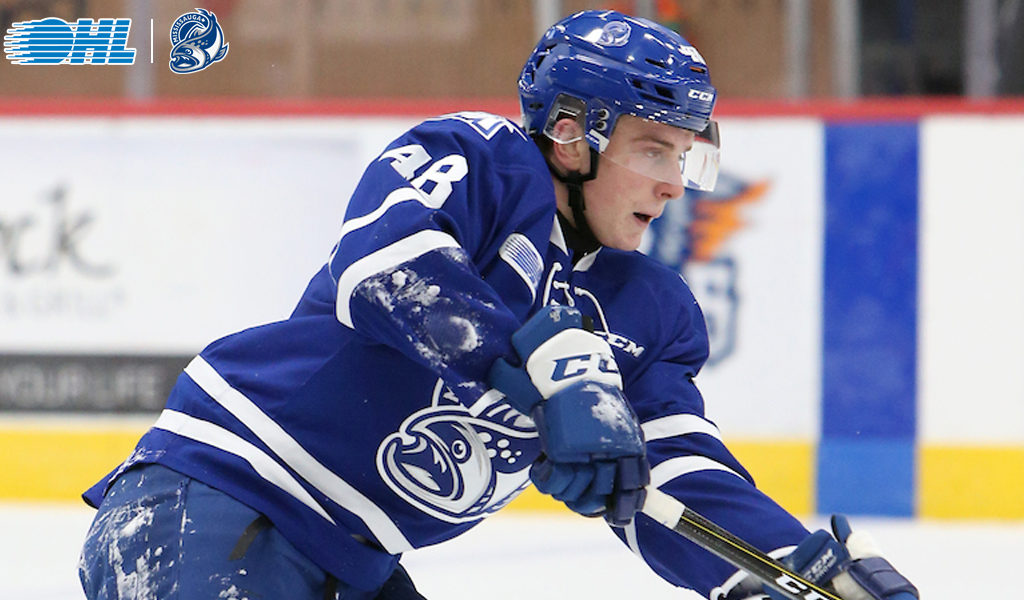 Thomas Harley made his season debut with the Mississauga Steelheads in Friday’s 6-5 loss to the Oshawa Generals on home ice. The third-year blueliner picked up a pair of power play assists in the game.

The 18-year-old Harley impressed the Dallas Stars throughout Training Camp and into the pre-season, setting up a goal in a 2-1 loss to the Minnesota Wild in Dallas on Thursday. The club’s first round (18th overall) pick in the 2019 NHL Draft got into five pre-season games and was paired up with highly touted rearguard Miro Heiskanen on Thursday.

NEWS | The Dallas Stars have returned Thomas Harley to the Mississauga Steelheads.

The 6-foot-3, 183Ib native of Syracuse, NY recorded 58 points (11-47–58) over 68 games with the Trout last season. He was also the OHL’s Scholastic Player of the Year, receiving the Bobby Smith Trophy.

“The future is bright on the back end. They’re smart, talented and are good hockey players.”#GoStars https://t.co/Ulmmc0mR8r