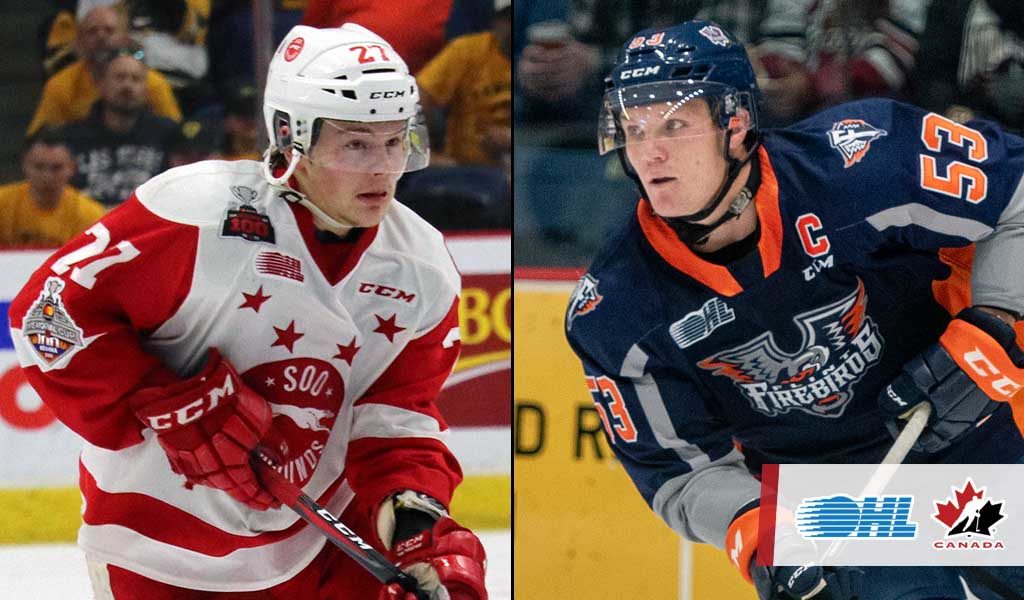 Through 14 appearances with the Coyotes this season, the 19-year-old Hayton recorded four points, including his first goal in his third-ever appearance. Selected fifth overall in the 2018 NHL Draft, Hayton joins the Coyotes after spending three seasons with the Greyhounds, including the 2018-19 campaign in which he served as team captain and recorded 66 points through 39 games, good for a third-best 1.69 points per game in the Ontario Hockey League.

🇨🇦’s National Junior Team to be led through the 2020 #WorldJuniors by:

OHL talent joining Hayton in wearing a letter is assistant captain Ty Dellandrea of the Flint Firebirds. The Dallas Stars prospect leads the Flint Firebirds with 37 points (17-20–37) over 27 games this season. A fourth-year veteran from Port Perry, Ont., Dellandrea has represented Canada internationally at the World Under-17 Hockey Challenge, World Under-18 Hockey Championship and the Hlinka Gretzky Cup.

Following a perfect showing in pre-tournament action, Canada begins round robin play at the 2020 IIHF World Junior Championship on Thursday versus the United States.

For more information on Hockey Canada, Canada’s National Junior Team and the 2020 IIHF World Junior Championship, please visit HockeyCanada.ca, or follow along through social media on Facebook, Twitter and #WorldJuniors.