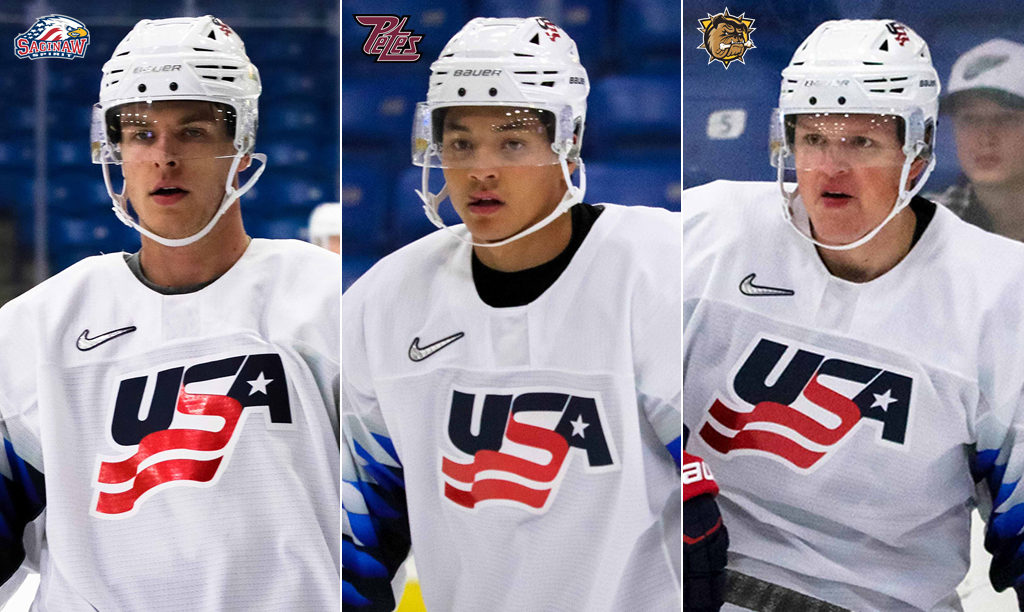 Plymouth, Mich – USA Hockey announced Monday that it has trimmed its World Junior Summer Showcase roster down from two teams to one.

Forward Blade Jenkins (Saginaw Spirit) was among the players trimmed from the camp roster on Monday.

While 14 OHL players hit the ice for Team Canada against the Americans on Tuesday at 4:00pm ET, the U.S. has competed in split squad game action since Friday.

Here’s a look at World Junior Summer Showcase results ahead of Canada’s debut on Tuesday.