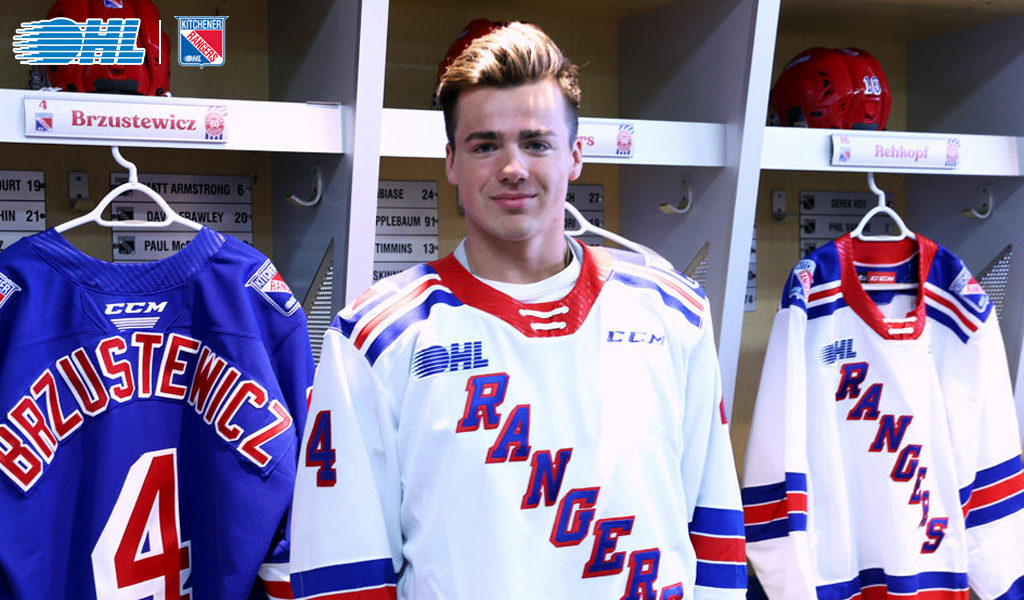 Brzustewicz, a native of Washington, Mich., was heavily recruited with NCAA options before choosing to continue his hockey and academic development in Kitchener. The right-handed shot defenceman comes to the Rangers after spending the past two seasons with the United States National Team Development Program (USNTDP) where he recorded 29 points (2G, 27A) and added an impressive plus-30 rating in 80 games-played on the blue line.

“We are excited to welcome Hunter and his family to our organization,” said Kitchener Rangers General Manager and Head Coach Mike McKenzie. “He is a top-rated prospect and will be a huge part of our team moving forward. We are thrilled that Hunter has chosen to continue his hockey career in Kitchener and look forward to seeing him develop as a Ranger.”

“When the opportunity to play for Kitchener came, I couldn’t turn it down,” said Brzustewicz. “It’s a great place, a great league and looking at the options that I had, I think it’s the best opportunity to excel in a hockey career. The arena is the most iconic in the league and they have the greatest fan base in the league. I went to a game in April and the fans are truly special there. Everything about it is just so special. I cannot wait.”

Brzustewicz, 17, has competed in some of the world’s most significant hockey tournaments, most recently playing a key role in leading Team USA to a Silver Medal at the 2022 IIHF World Under-18 Championship this past April in Germany. He’s excelled at other renowned tournaments such as the 2013 Brick Invitational in Edmonton, the 2017 Quebec International Pee-Wee Hockey Tournament, the 2020 Winter Youth Olympic Games in Switzerland and the 2021 Hlinka Gretzky Cup in the Czech Republic and Slovakia.

The six-foot, 188-pound defenceman was a fourth-round pick (69th overall) by the Barrie Colts in the 2020 OHL Priority Selection before having his OHL rights acquired by Kitchener in a trade with Barrie on Jan. 9.

A late-2004 birth-year player, Brzustewicz is regarded as one of the top defencemen in his class and is considered a top prospect eligible for the 2023 NHL Entry Draft.