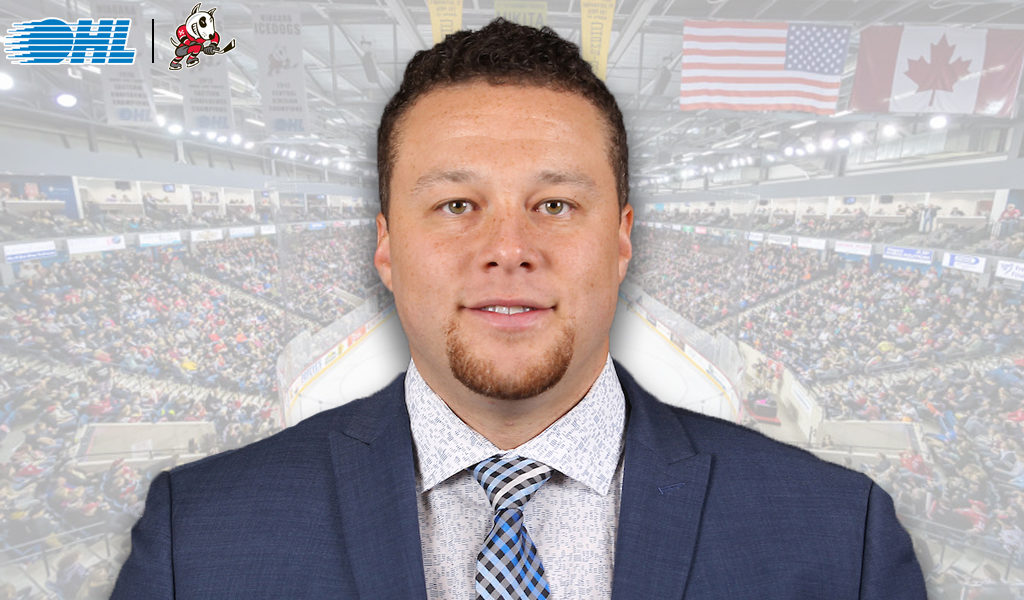 Niagara, ON – Niagara IceDogs Head Coach Billy Burke has announced Sean Teakle has been named an Assistant Coach for the upcoming season.

Teakle joins the IceDogs with a decade of coaching and scouting experience across Ontario. In 2010, he began his coaching career with the Streetsville Derby’s of the Ontario Provincial Junior “A” Hockey League (OPJHL) as an Assistant Coach. Later, in 2013, he was named an Assistant Coach with the Milton Icehawks of the Ontario Junior Hockey League (OJHL). Simultaneously, he was named Head Coach at The Hill Academy, where he coached through 2019. Following his time with the Icehawks, he was an Associate Coach with the North York Rangers of the OJHL from 2016-2020.

In addition to his coaching experience, Teakle scouted for the Ottawa 67’s from 2015-2020.

“I would like to thank the entire Burke family and Niagara IceDogs organization for the opportunity to join the coaching staff,” said Teakle. “I am very humbled and excited to get started. I can’t wait to get to Niagara to meet the players, staff, and the fans.”

“I’m looking forward to bringing back that winning team and environment to the Meridian Centre,” Teakle continued.

IceDogs Head Coach Burke’s comments on the hiring: “Sean is a top up-and-coming coach who has earned this opportunity. He understands the grind of coaching and isn’t afraid to put in the work. He has a strong background in individual player development and is comfortable in many roles. Sean knows our league very well and has pre-existing relationships with some of our current players. I am very excited to get started and I know Sean will fit in great with our team and culture.”