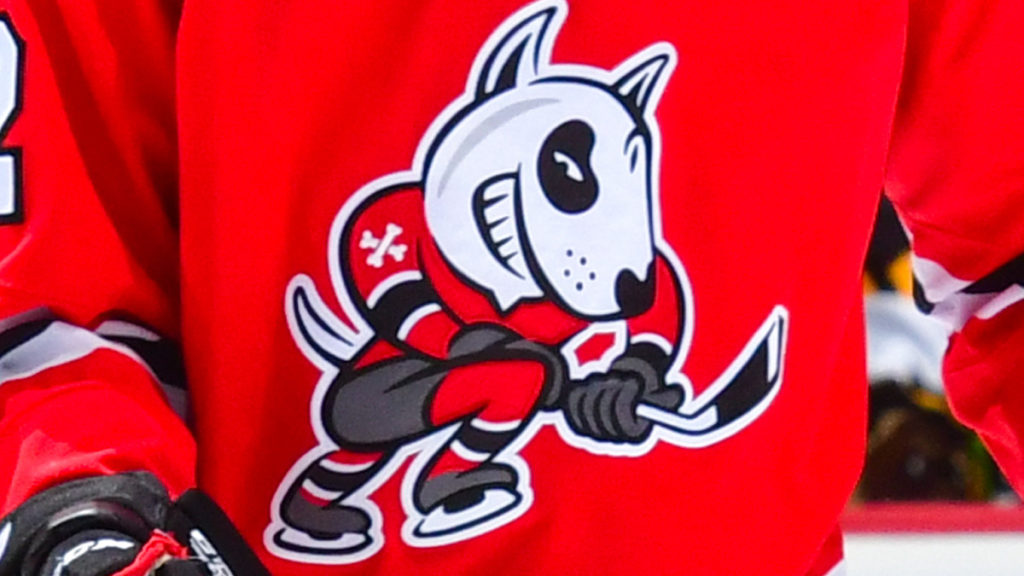 The Niagara IceDogs recently announced the newest members of their scouting department under new owner and general manager Darren DeDobbelaer. The IceDogs begin a new chapter in Niagara with some new faces out in the rinks scouting for young talent.

Director of Scouting – Adam Henrich
With over 10 years of professional hockey experience, Henrich was drafted by the Tampa Bay Lightning in the 2002 NHL draft and has represented Team Canada at the international level. He spent four years in the Ontario Hockey League with the Brampton Battalion where he was drafted 7th overall in the OHL Priority Selection.

Henrich has extensive coaching experience at the minor hockey level with scouting and recruiting players. He also owns and operates Henrich Hockey where he focuses on player development and mentorship. Adam is the new owner of the North York Rangers Jr hockey club and the Director of Hockey Operations for the North York Rangers AAA hockey club. In addition to his hockey achievements, he attended Coventry University where he received his MBA.

When asked his thoughts on this new opportunity, Adam replied: “I am thrilled to be a part of such a prestigious and historic organization. I am honoured to have the opportunity to help grow the Niagara IceDogs brand and to continue to focus on the IceDogs winning tradition and helping bring the team a championship.”

ALLIANCE Scout – Bryan Drury
ALLIANCE Hockey is a minor-level ice hockey organization based in Southern Ontario, with AAA and AA/A clubs from Hamilton to Windsor. Founded in 1993, the league is sanctioned by the Ontario Hockey Federation and Hockey Canada.

With his extensive hockey background and OHL player alumni status, Bryan Drury is no stranger to the league. Bryan played over 200 OHL games collectively for Owen Sound, Guelph, and North Bay in his OHL career.

Drury has been coaching for almost 30 years at the minor hockey level.  He has experience coaching at the U-18 AAA level down to learn-to-skate programs with the NOHA, Alliance and OWHA.  Drury is currently an instructor at the Cro’s Ice Nest in Brantford and was a member of the Brantford Bandits and Brantford 99ers scouting team.  In addition to his experience, he is also a Level 3 Referee with Alliance and the OWHA.

When asked about this new role with the Niagara IceDogs, Drury shared:

“I am very fortunate Mr. Dedobbelaer has provided me opportunities to become involved in scouting and to see another side of the game as the scout for the ALLIANCE Hockey League.  With his and Adam’s leadership, I look forward to being a part of the next chapter in IceDogs History.”

Central Ontario Scout – Scott Wasson
Wasson brings an extensive hockey background to the IceDogs organization. His playing career included playing at Mount Allison University in the Atlantic University Sport League, where he captured the Rookie of the Year honours in 1987, along with a brief stint playing semi-pro in Germany for the Pforzheim Sharks. From 2011-2014 Scott worked as an advisor for The Players Group hockey agency. His role was to identify hockey players who may have the potential to play professional hockey and prepare them to enter the Ontario Hockey League and then guide them up into the professional ranks.

For the last 12 years, Scott has also been actively involved in coaching minor hockey in Peterborough Ontario at various levels. His accomplishments include leading his team to an OHA silver medal in 2011 and coaching his U14 team to an OMHA Championship in 2020.

“I am honoured that Darren and Adam have included me in this next chapter for the IceDogs,” said Wasson. “My goal is to add value and contribute to the IceDogs scouting team and establish the winning tradition that the Niagara Region expects and deserves.”

HEO Area Scout – Dave Robertson
Robertson will be the Niagara IceDogs HEO Area Scout. Hockey Eastern Ontario (HEO) is the governing body for Junior hockey leagues and minor hockey systems based out of the Greater Ottawa area and Southwestern Quebec.

For the past several years, Dave Robertson has been involved with various CCHL programs as a scout in the Ottawa area for the Kanata Lasers, Renfrew Wolves and most recently the Nepean Raiders. He has made a name for himself in the HEO area and hopes to bring a championship to the Niagara Region.

When asked about this new opportunity Dave stated: “I am thrilled to be named the new Niagara Ice Dogs HEO Area Scout. Thanks to Mr. DeDobbelaer for allowing me this opportunity”. Robertson also shared, “I am married, a proud father of two sons, and a 25-year member of the Ottawa Fire Service!  Looking forward to getting started!  GO DOGS GO!”

Greg began his hockey operations career with the London Knights as an Assistant Coach and served on the clubs scouting staff. He spent time with the Lake Charles Ice Pirates in the Western Professional Hockey League as their General Manager and then returned home to Niagara to work for the Brock Badgers Men’s Hockey team. For over 15 years, Cappellaro filled the role of Head Scout, Recruiter, and Assistant Coach for the Badgers where he developed and implemented an analytics staff. As an Assistant Coach, he has over 300 OHL & U SPORTS regular season games and 50 playoff games where he helped lead the Knights to two division championships.

If there’s someone who knows Niagara hockey, it’s Greg Cappellaro. From 2017 to 2019, he found success with the St. Catharines Falcons as their Assistant GM where the team made it to two Golden Horseshoe Championships. In Greg’s most recent position he decided to stay local, serving as a Coaching Consultant for the U-18 Niagara North Stars of the SCTA.

From being mentored by head coaches and head scouts who have NHL and International Hockey experience, over 600 games scouted, and thousands of players evaluated on his hockey resume, Greg brings a competitive edge to the IceDogs scouting staff.

“I would like to thank Darren for this opportunity.  I look forward to working with Adam and the rest of the IceDogs scouting staff,” said Cappellaro. “Being born and raised in Niagara it’s an honour to be part of the IceDogs family and this new and exciting chapter ahead!”

For more information on these hires and more, visit niagaraicedogs.net.