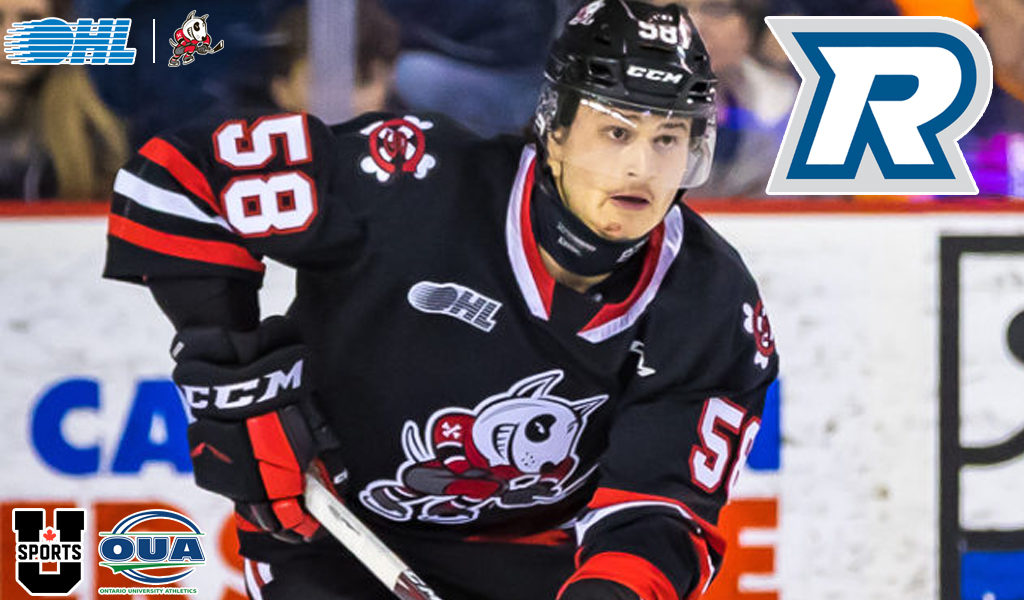 The Ryerson Rams men’s hockey program announced via Twitter (@RyersonRamsMHKY) on Tuesday that 21-year-old defenceman Adrien Beraldo has committed for the 2021-22 season.

The Niagara IceDogs defender split the 2019-20 season between Niagara and Kingston, recording 23 points (5-18–23) over 50 games. The Stoney Creek, Ont. native has played three seasons in the OHL between Niagara, Kingston and Peterborough, recording 47 points (16-31–47) over 164 career regular season games. He was Peterborough’s fifth round (88th overall) pick in the 2016 OHL Priority Selection.

Beraldo joins IceDogs teammate Jackson Doherty as the second member of Ryerson’s recruiting class for the 2021-22 season. The Rams skated to a 20-8 record in 2019-20, finishing second in the OUA West Division.

Our second commitment for the 21/22 season is Adrien Beraldo @adrien_beraldo .

A defenceman from Stoney Creek, ON, he comes to us from the @OHLIceDogs , and will be entering the Business program.