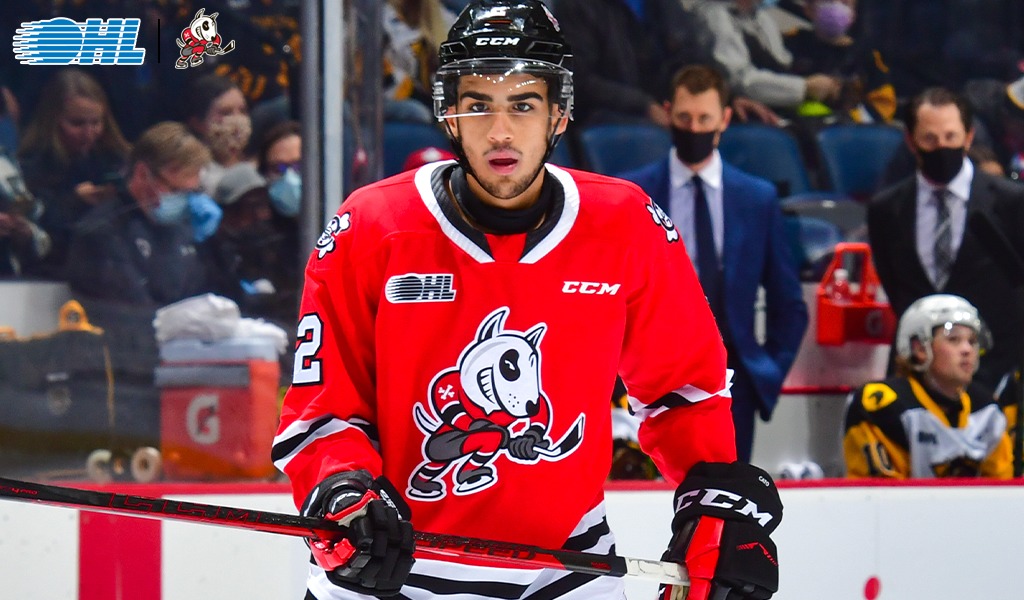 Niagara, Ont. – The Niagara IceDogs have named Landon Cato as Captain for the upcoming 2022-23 season.

“We are very excited to name Landon our leader, he is a class act”, said IceDogs General Manager Darren DeDobbelaer. “Landon was a clear choice in the way he conducts himself on and off the ice. He shows leadership in a big way.”

The 19-year-old will be the 15th captain named in franchise history. With this position, the six-foot-two defenceman from Toronto is taking over for former teammate, Dakota Betts who graduated from the League following the 2021-22 season.

“I am truly honoured to be named the captain of the Niagara IceDogs. I’m really looking forward to the year ahead and helping lead this team to success,” stated Cato.

Since being drafted in 2019, Cato has made a name for himself in Niagara from his acts of service and presence in the community. Last month, Landon was nominated for the Dan Snyder Memorial Trophy, which is awarded to the OHL Humanitarian of the Year.

“I am looking forward to getting back to the Meridian Centre and playing in front of our fans and giving them a winning environment,” said Cato.

“As a part of the leadership group and being one of the older guys on the team, my job is to show the younger players what it takes to be successful in this league. It starts with showing up to the rink and giving 100 percent effort, 100 percent of the time. I want to help form a winning team and with the group we have I feel we can reach that goal.”