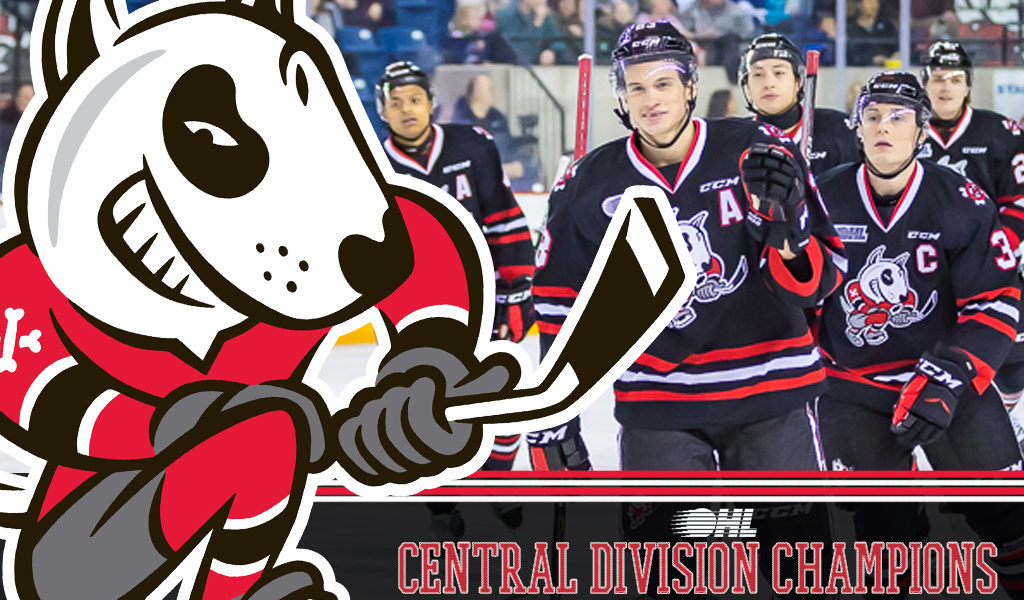 It came down to the final day of the season, but the Niagara IceDogs are 2019 Central Division champions.

Congrats to @OHLIceDogs for clinching the #OHL Central Division title.

The IceDogs finish the season on a six-game winning streak with an overall record of 44-17-7-0 for 95 points, four up on the Sudbury Wolves who suffered an 8-2 season-ending loss in Oshawa on Sunday.

The Central Division championship earns the Niagara IceDogs their second-ever Emms Trophy, an award first presented in 1975-76 when the OHL was split into divisions with the expansion of the league to 12 teams. The award originated in recognition of long-time Barrie and Niagara Falls Flyers head coach Leighton ‘Hap’ Emms for his contributions to junior hockey in Ontario.

In winning the division, the IceDogs unseat the Barrie Colts who had finished first in three of the past four seasons.

The IceDogs scored a club record 326 goals on the season, leading the league in that department with the most by a single team since the 2015 Sault Ste. Marie Greyhounds and Erie Otters scored 342 and 331 respectively. Niagara (Robertson, Jones, Thomas) joins other highly successful teams in recent OHL history in the 2016 London Knights (Dvorak, Marner, Tkachuk) and 2015 Erie Otters (Strome, McDavid, DeBrincat) in boasting three different 100-point scorers in their lineup.

The @OHLIceDogs forward and @DallasStars prospect is officially the #OHL’s Top Scorer finishing 2018-19 with 1️⃣1️⃣7️⃣ points including 4️⃣8️⃣🚨 pic.twitter.com/unYeZzMmau

The IceDogs reached the league final the last time they were Central Division champions in 2012. This year they look to finish the job and bring the Niagara region its first OHL Championship since 1974.