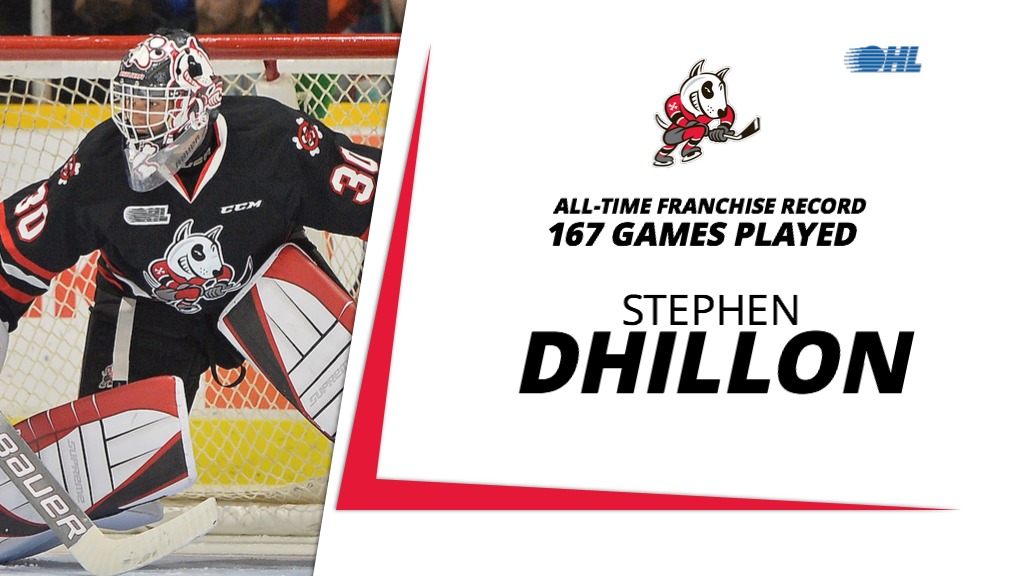 Overage netminder Stephen Dhillon made Niagara IceDogs franchise history on Saturday in Kingston, turning aside 30 shots for his second shutout of the season while playing in a franchise record 167th career regular season contest.

The Buffalo Regals Minor Midget grad was Niagara’s third round (52nd overall) pick in the 2014 OHL Priority Selection. Dhillon has been invited to a number of NHL Camps, most recently attending Rookie Camp with the Montreal Canadiens this past September.

A high achiever in the classroom, Dhillon was the OHL’s Ivan Tennant Award winner in 2014-15, earning the distinction of being the league’s top academic secondary school student. He was a member of the OHL’s Second All-Rookie Team in 2015-16.