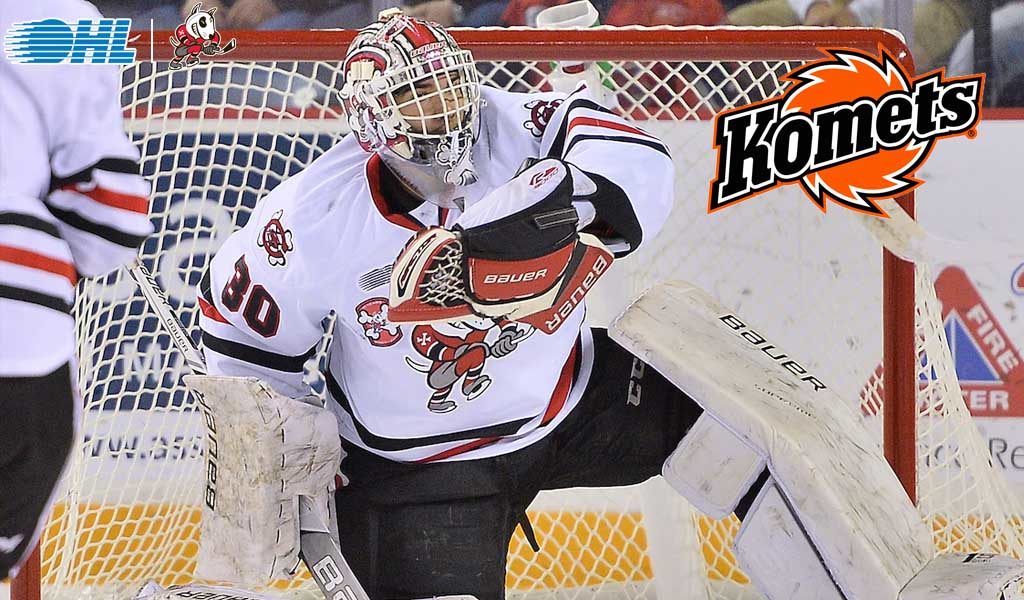 Fort Wayne, IN– The Fort Wayne Komets announced Wednesday that the first goaltender has been added to the preseason roster.  Stephen Dhillon has agreed to terms and will join the Komets when training camp begins in October.

Dhillon, 20, completed four full seasons of juniors in the OHL last year with the Niagara IceDogs.  The Buffalo, New York native set a Niagara team record of 38 wins, the most wins by a goaltender in a single season.  He posted a 38-11-0 record, a 2.97 goals-against average and .909 save percentage in 58 appearances.

Dhillon finished his OHL career with a record of 98-64-9, a 3.22 goals-against average and .907 save percentage in 197 games. His 98 wins are an IceDogs all-time record as are his 197 career regular season games played.

The netminder made his juniors debut with the IceDogs in 2014-15 and earned the award for the OHL Top Academic High School player.  In 2015-16 Dhillon was named to the OHL Second All-Rookie Team.

The Komets preseason roster grows to eight players.  In addition to Dhillon at goal, the roster also includes four forwards and three defensemen.