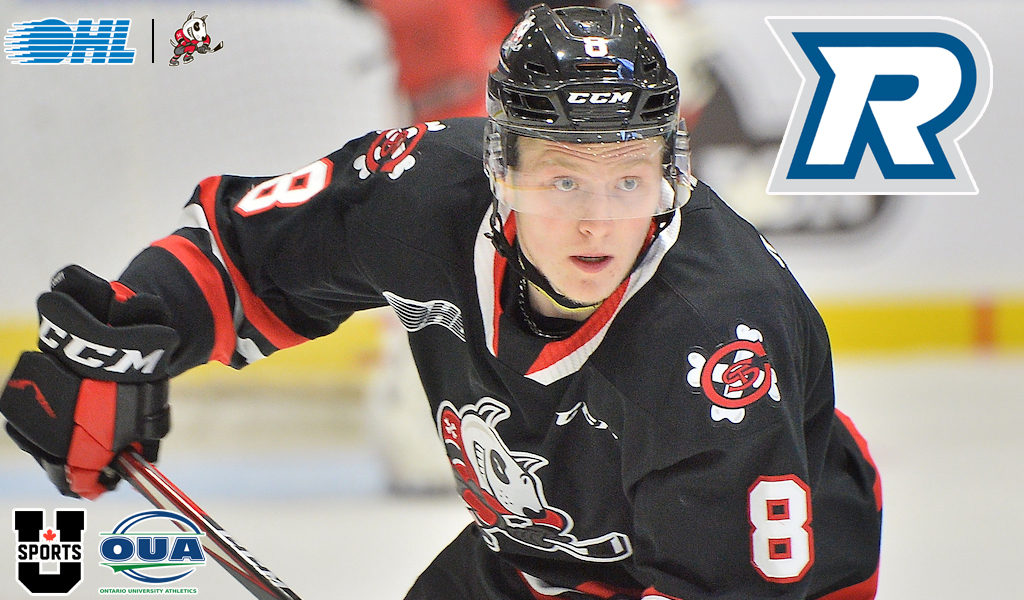 The Ryerson Rams announced via Twitter (@RyersonRamsMHKY) on Thursday that Niagara IceDogs forward Jackson Doherty has committed to their men’s hockey program for the 2021-22 season.

Doherty, who will study Criminology next fall, becomes Ryerson’s first recruit for the 2021-22 season. The Rams skated to a 20-8 record in 2019-20, finishing second in the OUA West Division.

Our first commitment for the 21/22 season is Jackson Doherty.

A forward from Ancaster, ON, he comes to us from the @OHLIceDogs , and will be entering the Criminology program.

2021-22 Recaps
Friday Highlights: A look across the League
2 hours ago