IceDogs’ Fimis impresses with work ethic well beyond his years 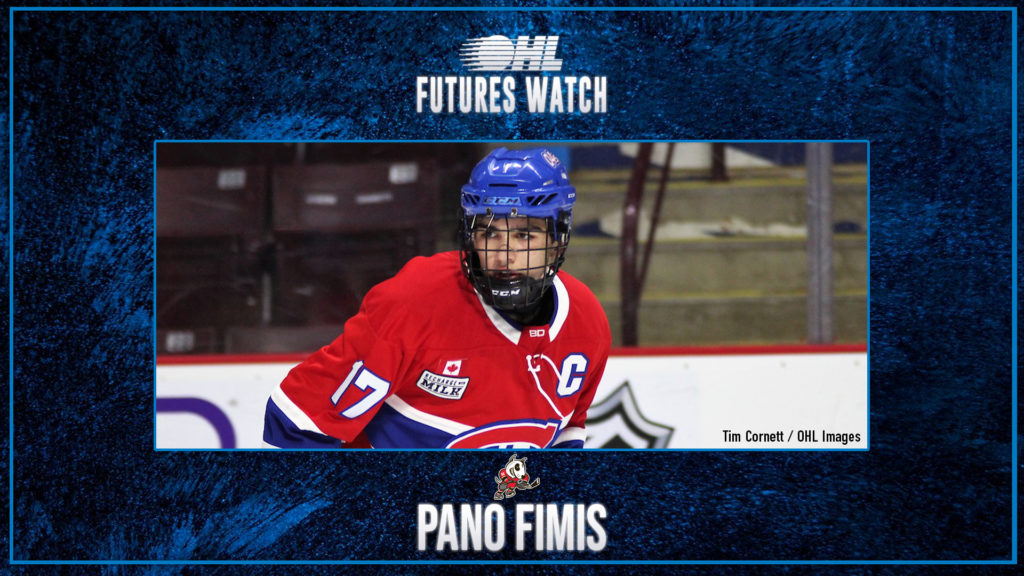 “He has the pedigree and the poise of a four-year veteran captain in our league already and he’s a 16-year-old who hasn’t played a shift yet.”

Between lockdowns, rink and gym closures, and an undetermined start date to the 2020-21 OHL season due to the ongoing COVID-19 pandemic, it certainly hasn’t been the ideal start to the reigning GTHL Player of the Year’s OHL career. Nevertheless, Fimis hasn’t failed to impress the IceDogs organization with his hard work and determination.

“I always like to be the hardest working guy out there,” said the 16-year-old Richmond Hill, Ont. native when asked about that standout work ethic. To both Joey and head coach Billy Burke, it’s an unsurprising statement – even in the face of the past year’s adversity.

“We’re all dealing with lockdowns and stay-at-home orders, and still his work ethic is relentless. Even if he can’t leave the house, he’s still in the garage doing everything he can to get stronger and better. It’s hard to keep this guy down,” said Joey.

“He’s such a tremendous young guy who just rolls with the punches, understands that this is a bigger problem and is making the most of it,” Billy added. “When we do get back to play, there’s not a doubt in my mind Pano is going to hit the ground running.”

An energetic 200-foot centreman, Fimis has excited the organization with his puck-moving ability, elite vision and execution, and standout leadership skills.

“The one thing that jumped out right away for me the first time I watched him was his tremendous motor. His feet are always moving and the details in his game at 16 are unbelievable, like the way he can use his stick to create takeaways and win battles” said Billy.

From his many nicknames to the thrill of going to Niagara, @OHLIceDogs second overall #OHLDraft pick Pano Fimis (@Pano_Fimis) let us know a little more about himself in his chat with @sarahjeanmaher 🎥 pic.twitter.com/Qr7aHP0I0m

Having donned the C with the Toronto Jr. Canadiens during their 2019-20 championship season, it’s no surprise his leadership skills make him such an impressive piece of the up-and-coming IceDogs lineup.

“From my end, it’s one of those things you always look for. Of course, you want the skill, the skating ability and all that stuff,” said Joey of Fimis. “I love looking at how smart a guy is and how hard he’s working and with Pamo, there’s not a doubt in my mind he was the top in the class in all those fields. It’s great from our end to have a top guy have that mentality and I’m sure he’s going to carry it a long way.”

While acknowledging his reputation as a leader well beyond his years, Fimis made it clear he isn’t here to step on anyone’s toes; as one of the younger players on the team, right now he’s most interested in learning and looking up to his older teammates for guidance.

“Going into my rookie year, you don’t want to step in and think you’re going to run the place so my expectations are really high for myself and also for my team, and I’m going to come into this year just soaking in everything and learning as much as I can,” said Fimis. “Obviously being a leader is kind of my thing and is very important to me, but at the same time it’s very important to learn from the older guys, take all the goods, the bads, and then maybe contribute to that the following year. My main goal is to absorb as much information and apply that to myself.”

Despite not being able to meet or skate in person, communication within the team has been fluid. Billy and Joey have hosted regular Zoom calls and have been checking in with players daily, ensuring everyone is doing okay mentally and, from a training standpoint, that they’re able to do what they can to stay hockey-ready.

“I think it’s important to support the players and let them know, as much as we’re all stressing out about this, it’s out of our control. The players work so well and trust their home trainers, who are in constant communication with our training staff,” continued Billy. “In terms of IceDogs-specific stuff, we’re fortunate enough that we have the NHL back so they can watch games every single night and certainly learn something. They can watch these best players in the world, watch their habits, and keep that fire because we’re going to be back before we know it.”

And ahead of stepping foot on OHL ice for the first time ever while continuing to adjust to a new team for the first time in years, Fimis, above all, stresses the importance of being over-prepared: both for life in the OHL, and for any other unique situations he might have to adapt to during the ongoing pandemic.

“There’s nothing I can really expect going into camp, just because I obviously haven’t played at that level, so my biggest thing is to be over-prepared so that I can be – I’m overusing the word – but prepared for any situation that comes at me. I think that’s the most you can do at this point, right?” he finished. “We’re in tough situations but we have to fight through them and do the best we can to be prepared.” 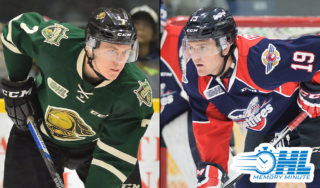