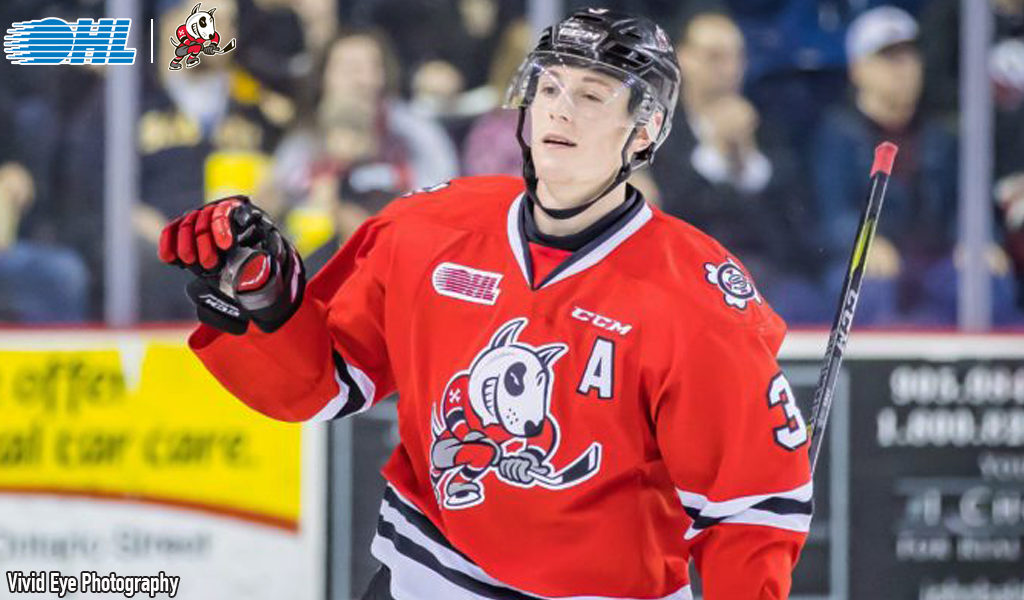 St. Catharines, ON – The Niagara IceDogs are extremely proud to announce that Ben Jones has been named the 11th captain in club history. Jones, a fourth-year veteran quickly became a fan favourite early in his time in Niagara and has continued to be one of the teams most relied upon forwards, offensively and defensively.

In 192 regular season games, Jones has collected 138 points (48 goals and 90 assists). Jones has 13 points in 20 playoff games. Most recently, he finished as a point per game player in the 2018 OHL Playoffs.

Jones was drafted by the NHL’s Vegas Golden Knights in 2017, and signed an entry-level contract with the team in June.

Head coach, Billy Burke was excited to announce Jones as captain, noting that this was an easy decision for he and his staff to make. “We are very proud to announce Ben Jones as the 11th captain in Niagara IceDogs history. Over the past three seasons, Ben has not only developed into a strong leader and ambassador but an elite player as well. Ben has earned this honour and is ready to lead our group this season.”

Upon learning of his appointment, Jones was filled with pride at the thought of wearing a letter so important to this team. “It’s a huge honour to be named captain of the Niagara IceDogs. This is going to be an exciting year, and I look forward to the season ahead. We have some unfinished business from my first year when we were Eastern conference champions. I know the boys are hungry for a long season, and I am thrilled to be given the opportunity to lead the team”.