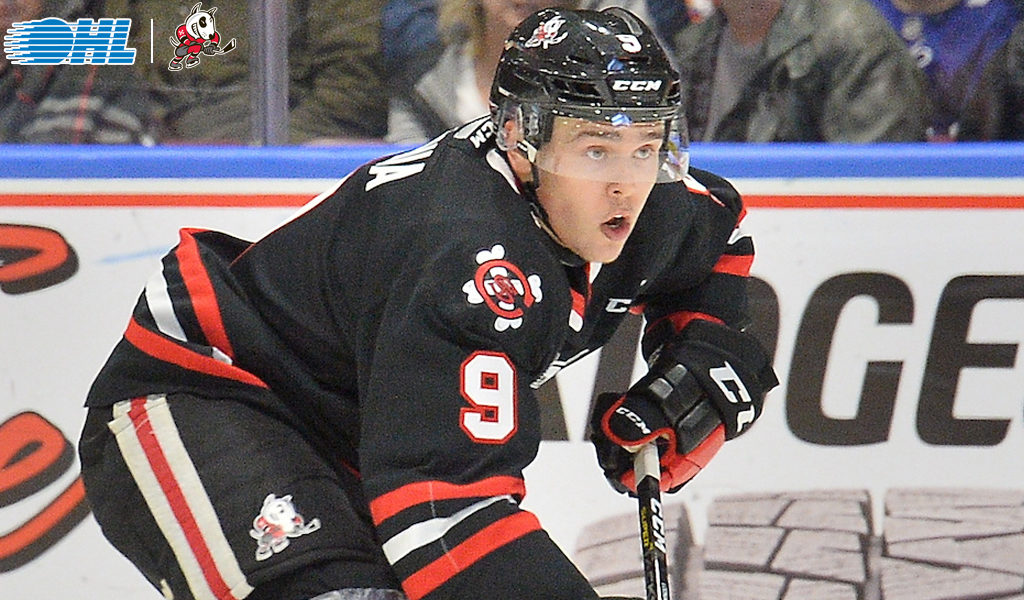 “Ivan brings a professional attitude and work ethic to the rink every day in everything he does,” said head coach Burke. “He loves this team. He leads by example on the ice, in the gym and in the community.”

In the midst of his fifth and final Ontario Hockey League season, Lodnia has put the developing IceDogs on his back. The team’s leading scorer, Lodnia has 47 points (19 goals, 28 assists) in 26 games. His creative goal scoring abilities and high level skating have seen him play a key role for the IceDogs. He has three game winning goals, once in a shoot-out and twice in overtime this season.

Drafted in the first round (20th overall) of the 2015 OHL Priority Selection by Erie, Lodnia helped the Otters capture the 2017 OHL Championship. In the 2017 NHL Draft, he was selected in the third round (85th overall) by the Minnesota Wild. The Wild signed him to an entry level contract in December 2017. He was acquired by the IceDogs in the summer of 2018, and lead the team in scoring in the 2019 playoffs, with 14 points (4 goals, 10 assists) in 11 games. He was returned to the IceDogs from the Minnesota Wild in October 2019.

“This organization has been there for me from the start,” said Lodnia. “I’m really excited and honoured to be the captain of this hard working, and talented young team.”

“I’m very proud and excited to have Ivan lead our young team as we enter into this new era of Niagara IceDogs hockey,” said Burke.