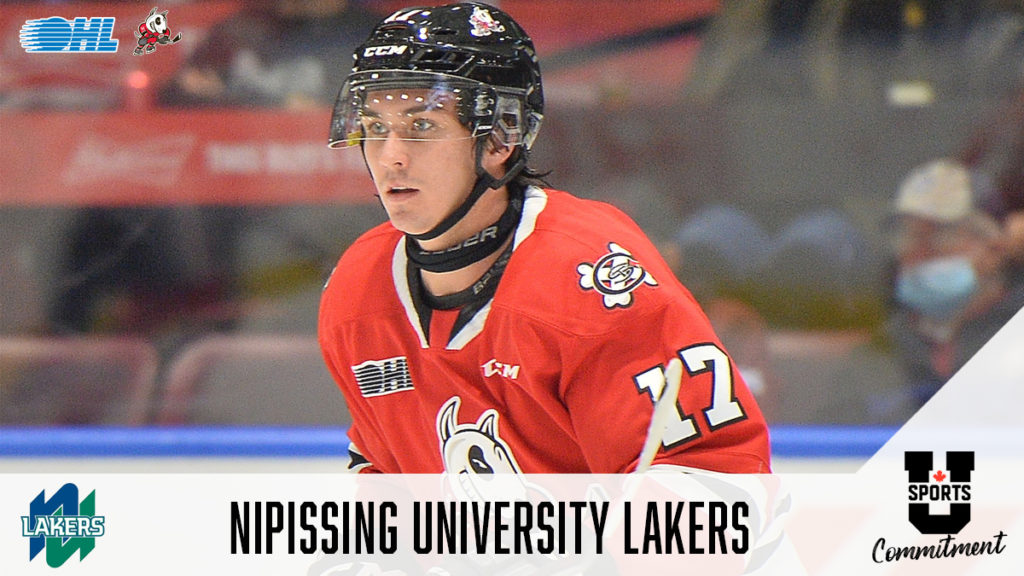 North Bay, Ont. – The Nipissing Lakers men’s hockey team has added a player familiar with North Bay and someone who has suited up for well-over 100 OHL games.

The Lakers are excited and proud to announce the addition of Cam Peters, who will join the program ahead of the 2022-23 OUA season.

Peters makes his way to Nipissing after parts of four season in the ‘O,’ split between the North Bay Battalion and the Niagara Ice Dogs.

In total, Peters suited up for 132 games – 78 of which were with the Battalion.

“The Lakers are an up and coming team and have tons to look forward to and speaking with Mike over the past few months, I’m very thrilled to get started and meet the team,” Peters said about joining the program.

A second round pick of the Battalion in 2018, Peters also noted his time in North Bay as a determining factor.

“I used to play for the Battalion and really enjoyed my time in the city. So I decided to come back where my junior career started,” he added.

Peters, who hails from Toronto, ON is a big frame, standing at 6-foot-2 and 181-pounds and believes his style of play can help the Lakers continue to find success.

On top of a strong junior career, Peters was also a participant in the U17 Team Canada Development Camp in 2018.

Lakers head coach Mike McParland is excited to bring in a player like Peters, whose major junior experience will give the Nipissing program a boost.

“We are excited to have Cam join the team for the upcoming season as he has decided to for-go his overage year in the OHL to focus on his studies,” McParland said. “I believe that there is offensive potential in Cam and that he will be able to exhibit it, just has Harrison Caines and Cole Stewart did last season.

“Cam is a welcome addition to the Laker Family,” McParland added.