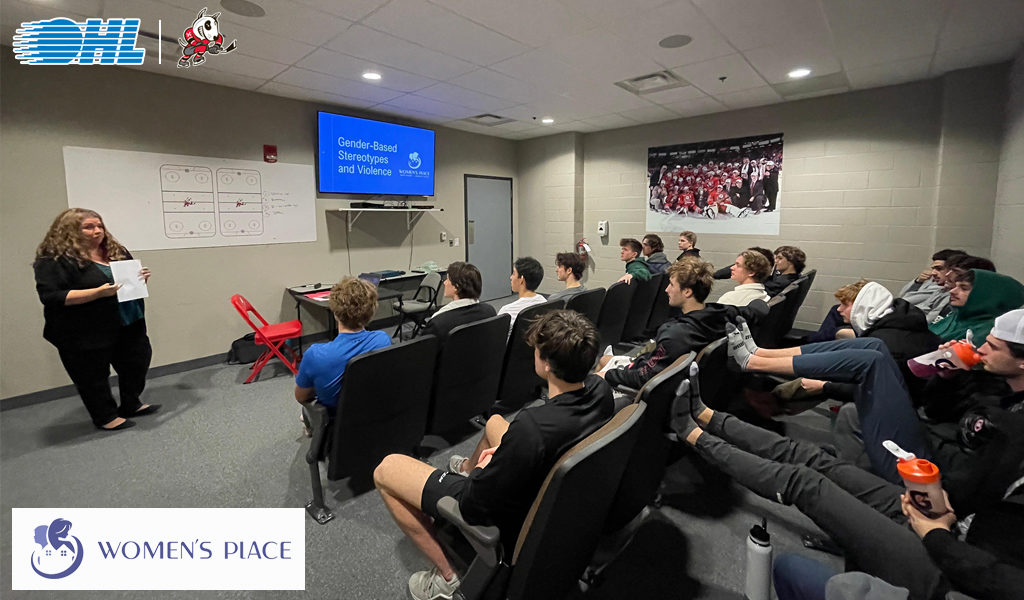 The Niagara IceDogs have teamed up with South Niagara’s Women’s Place to end gender-based violence by participating in their 16 Days of Activism against Gender-based Violence campaign. The initiative was conducted as part of the OHL Onside Program that sees all 20 member teams participate in training and educational workshops to raise awareness of the player’s responsibility to demonstrate respect for women through their actions and words.

The 16 Days of Activism against Gender-Based Violence is an annual campaign that challenges everyone to take action to build a safer and more equitable future for women and girls. This year, the IceDogs are making a difference by committing to actions to help make this future a reality.

On Tuesday, November 29th, IceDogs players participated in a workshop with Women’s Place, learning about how they as role models can can help end gender-based violence.

Even small actions can have a big impact. IceDogs players were educated on several of the following points:

For more information on the South Niagara Women’s Place or to donate to their important cause, visit womensplacesn.org.