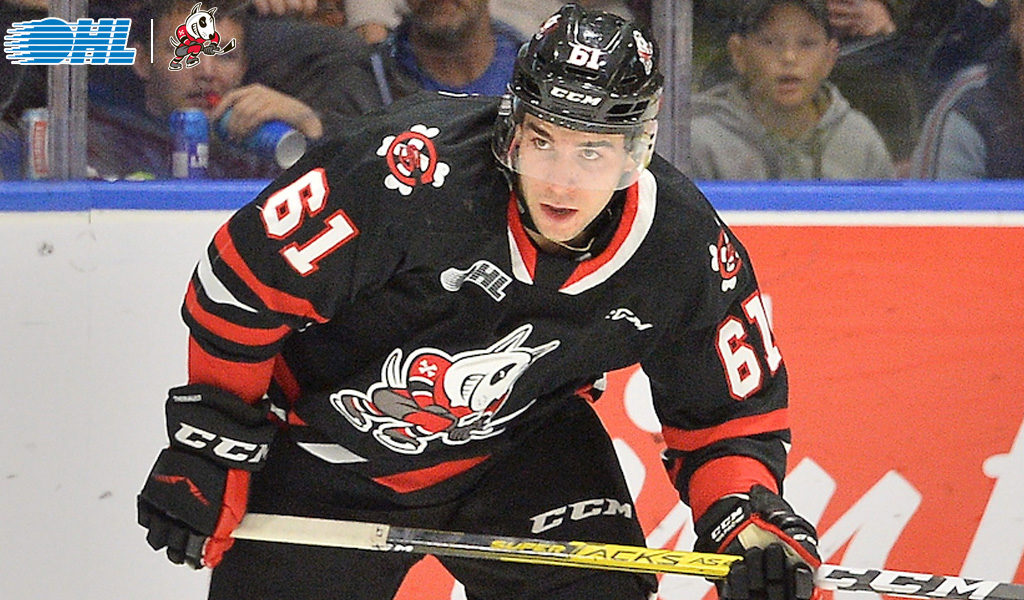 Few Ontario Hockey League players have access to a trio of relatives with 2,491 National Hockey League games to their credit and over 700 games of major junior experience, but this is exactly the case for Niagara IceDogs’ centre Lucas Theriault, who finds himself in an extremely rare, an enviable position. His uncle, Mike Foligno, is an NHL alumnus with over 1,000 games played and 727 points. Uncle Mike is always ready to help with some friendly advice on the finer points of the game; Lucas can also turn to first cousins, current Columbus Blue Jackets’ captain Nick, and Minnesota Wild left-winger Marcus, who offer valuable insights.

“My Uncle Mike, Nick, and Marcus have always supported me and have been great role models. I’m extremely lucky. Anytime I have a question about anything either on or off the ice. I can message them. They always seem to help me out with anything I need.”

It wasn’t easy to make the #OHL as a 19 year old, but @ltheriault16 had the motivation and work ethic to accomplish this goal.

Having a strong familial support system, including league alumnus Mike, Nick and Marcus Foligno, to rely on makes it easier to keep working hard.

A wealth of family hockey history aided Theriault, who broke through and joined the IceDogs in 2019-20. After learning the organization’s systems by attending three training camps, he showed great willingness to improve his game despite being sent back to Junior A twice.

His experience with the organization helped him to make his mark in the Northern Ontario Junior Hockey League (NOJHL). Skating for his hometown Soo Thunderbirds. He earned the NOJHL’s Most Improved Player Award in 2018-19. That season, he also set career highs in goals (40) assists, (36) and points (76) over 51 contests. His impressive offensive work continued in the postseason, where he led the league with 28 points and 13 goals in just 19 matches, helping his squad to an appearance in the league finals.

This season, Theriault established himself as a prototypical well trained, consistent, and difficult-to-play-against two-way forward. Given his work ethic, Lucas plans to build off his first season.

“Making it to the OHL as a 19-year-old; I had to be extremely motivated to play for Niagara, and my family helped keep me in the right mindset to work hard to achieve something great one day.”

In a campaign filled with firsts and highlights, the IceDogs’ three trips to the Sudbury Community Arena, and the opportunity it presented to reconnect remain at the forefront of a growing list of accomplishments.

“It sparked a flame, I always love playing in Sudbury,” he said. “My grandmother, who is almost ninety years-old came to one of the games. It’s truly awesome to see all the support I have there.”

In particular, those games offered a chance for Lucas to reunite with his uncle, who took time with the young forward to ensure he was on the right course. “After the game, he’d pull me aside and tell me what I need to work on, and what I’ve been doing right, It helps me out a lot. I’m grateful to have that relationship.”

Through patience, hard work, and unwavering support from family, Theriault has realized his dream of playing hockey at the major junior’s level. “It’s definitely special to say that I made it to the OHL, not a lot of people are able to say that. I’m lucky to be here.”