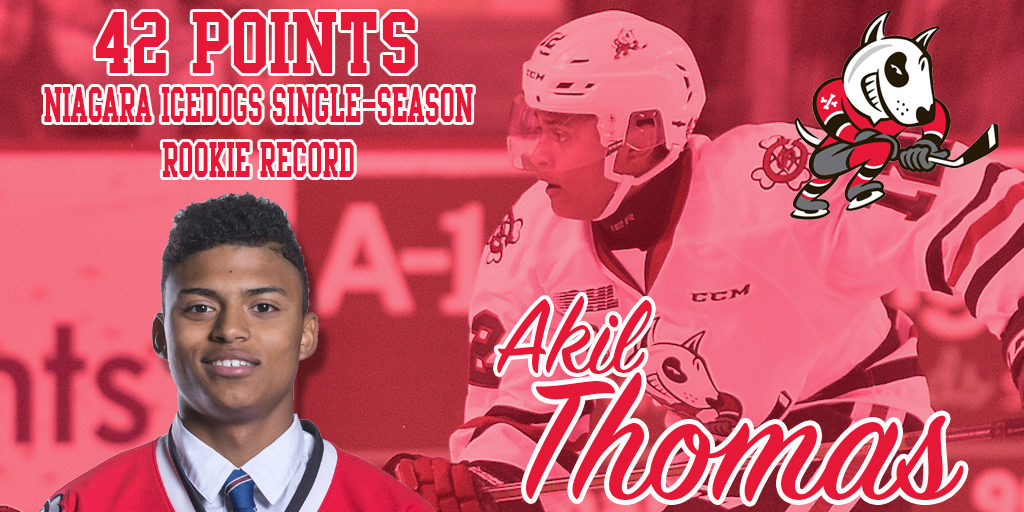 Rookie forward Akil Thomas has made an immediate impact in his young OHL career.

Thomas recorded an assist and scored a shootout goal in Friday’s 3-2 home ice win over the Hamilton Bulldogs, breaking new ground for an IceDogs rookie in the process.

He led the 2016 OHL Cup Showcase in scoring last March, recording six goals, seven assists and 13 points in seven games to help the Marlboros reach the championship final before losing in double overtime to the York-Simcoe Express.

Thomas represented Team Canada White at the 2016 World Under-17 Hockey Challenge in Sault Ste. Marie, Ont., registering two goals and an assist in six contests while serving as an alternate captain for his team.

He currently sits tied for third in scoring among OHL rookies and his 20 goals are the most by a 16-year-old rookie in the all-time history of the IceDogs franchise since former first overall pick Rob Schremp (26) in 2002-03. 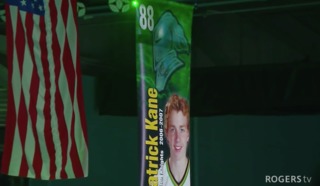