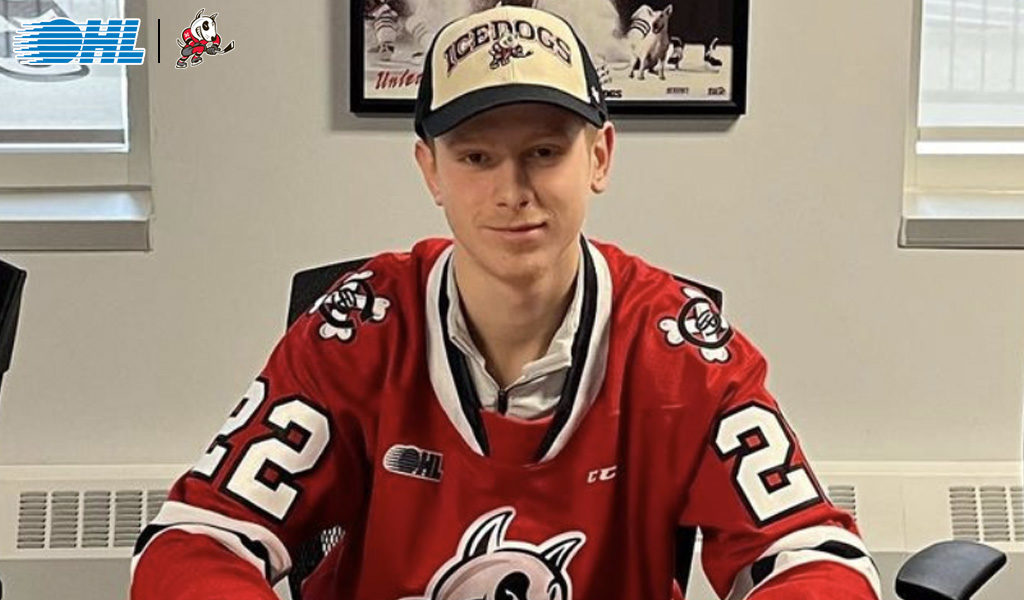 Chmelevski was selected in the 11th round (202nd) overall by the IceDogs in the 2020 OHL Priority Selection.

The 2004-born Northville, MI native stands at 5’10, 170 lbs. In his 19-20 season Chmelevski played with the Victory Honda 15U AAA, tallying 17 goals and 29 assists in the regular season. This year he was assigned to the Welland Jr. Canadians of the GOJHL.

“We are particularly excited about this signing. Ilia is a guy who has always performed regardless of the level, and he is a player who is able to adapt to all situations,” said Burke. “We have been able to keep a close eye on him this season and he has looked strong. We plan to keep him developing with our affiliate in Welland and use him as a call up when needed, with him joining us full time next season.”

Chmelevski’s older brother, Sasha, played four OHL seasons between Sarnia and Ottawa from 2015-19, and is a former OHL Scholastic Player of the Year. Sasha made his NHL debut with the San Jose Sharks last season.

“Ilia has the skill, drive, talent, and work ethic to succeed at our level and we couldn’t be more excited to make it official today!”