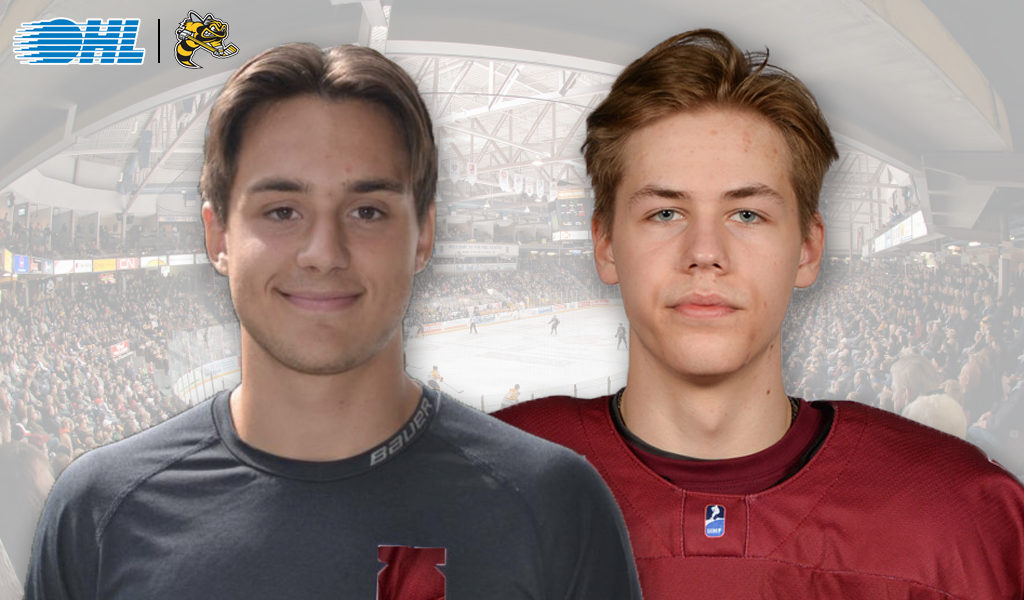 A native of Sollentuna, Sweden, Limpar Lantz was selected by the Sting with the 99th overall pick in the 2021 Canadian Hockey League (CHL) Import Draft. During the 2021-22 season, the 6’0”, 190-pound 19-year-old centreman tallied 13 goals and 24 assists through 42 games played with the Örebro HK J20 team in the Swedish J20 Nationell league in addition to 2 points in 6 playoff games.

On the addition of Limpar Lantz, Seca comments:

“Marcus is a player we liked heading into the Import Draft a year ago. We saw him play with Sweden in a U17 event and he was one of the top players on his team. He is a smart centre, good puck distributor, great skater and a player we believe has tremendous upside. We want to welcome Marcus and his family to the Sarnia Sting.”

The Sting also signed 6’1”, 194-pound Forward Sandis Vilmanis. The 18-year-old Riga, Latvia native was selected 14th overall by the Sting in the 2022 CHL Import Draft before being picked by the Florida Panthers one week later in the 5th round of the NHL Entry Draft at 157th overall. This past season, Vilmanis saw a significant jump in his stats after joining the Luleå HF J20 team in Sweden as he tallied 18 goals and 14 assists through 40 regular season games played, a level of production that was strong enough to place him tied for first on the team in goals, first in plus/minus, and third in points. This season, Vilmanis also represented Latvia in multiple international tournaments this season where he recorded three goals and three assists through nine games played.

“Sandis is a player who caught our eye early this season. He was in a strong league and recorded excellent numbers. We really like his combination of skill and size, not to mention he’s got a scoring touch to complement both. We’re thrilled he’s coming to Sarnia and expect him to arrive shortly after the Summer World Junior tournament where he will be competing for Latvia.”

The Sting look forward to opening Training Camp in late August as part of preparations for the 2022-23 OHL season, set to start on Friday, September 30th when the Sting head to the Kitchener Memorial Auditorium to take on the Rangers at 7:30pm. The Hockey Club’s home opener is scheduled one week later when the Saginaw Spirit will take on the Sting at 7:05pm on Friday, October 7th.