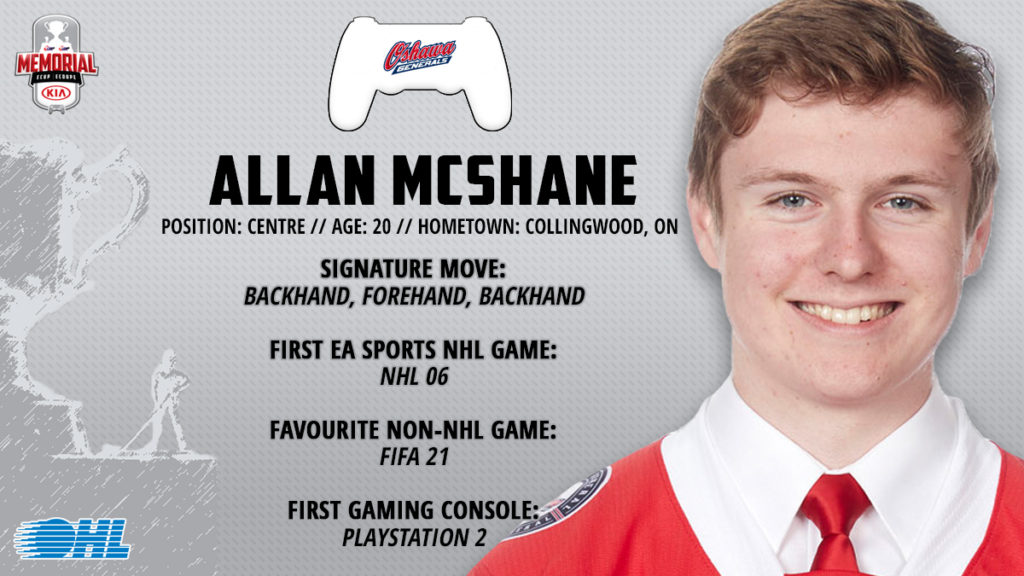 The Oshawa Generals will be well-represented at the Memorial eCup presented by Kia in OHL veteran Allan McShane.

An offensive threat with speed and strong playmaking ability, the Collingwood, Ont. native has put up at least 65 points in each of his last three seasons. If his on-ice skills are any indication, who wouldn’t want this crafty centreman on their NHL 21 team? McShane will look to bring his go-to backhand, forehand, backhand move to his first-round battle with Red Deer’s Chris Douglas on Nov. 28.

FAST FACT:
After a career-high 69-point showing in 2018-19, the 20-year-old forward rounded out his fourth OHL season with 23 goals and 67 points last season. He was a fourth round pick of the Montreal Canadiens in the 2018 NHL Draft.