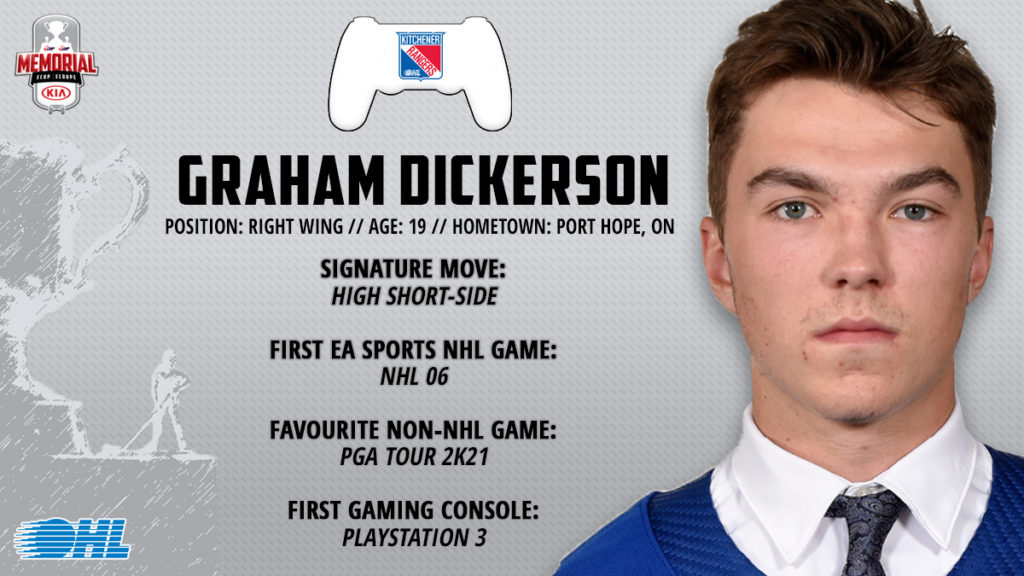 He’s a hard worker both on and off the ice. We can’t wait to see what he does on the NHL 21 screen!

Playing for the Kitchener Rangers in the inaugural Memorial eCup presented by Kia will be versatile forward Graham Dickerson.

We’re used to seeing the 19-year-old product of Port Hope’s speed, defensive play and chances in the offensive zone. Now, with his signature high short-side move, he hopes he can carry the Blueshirts’ recent success over to the virtual world as he meets Kelowna’s Cole Schwebius in Round One on the night of Dec. 3rd.

FAST FACT:
Dickerson was drafted by the Rangers at the 2017 OHL Priority Selection following 36 points in 36 games with the Quinte Red Devils. He put up 53 points in 37 games the following season at the Junior C level with his hometown Port Hope Panthers and played 17 games with the OJHL’s Whitby Fury before suiting up at the OHL level.